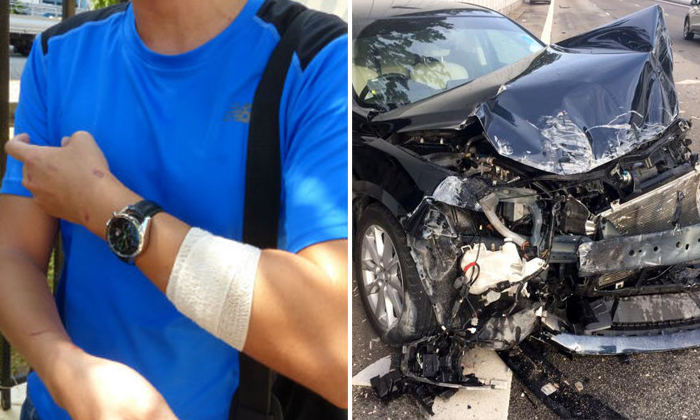 Whenever Mr Tan Han Boon, 34, recalls the sight of the Mercedes-Benz charging towards him against the flow of traffic, it sends chills down his spine.

The project human resource manager, whose Mazda was badly damaged in Monday's accident on the AYE, said: "I think it is permanently embedded in my mind."

Mr Tan, who suffered abrasions and neck pain, thinks his car, which he bought in April for about $120,000, is beyond repair.

"I don't think it can be fixed, but this will be confirmed by the insurance company," he said.

Recalling the accident, Mr Tan said: "It was very unreal, like something in a movie."

He said he had swerved his car to the left to avoid the oncoming Mercedes, causing him to collide into a bus.

After that, he lost track of whatever happened.

"After the accident, I remember a burning smell, my airbags were out and my glasses on the floor," he said.

Mr Tan later went to the hospital on his own for a check-up to set his mind at ease.