Fatal AYE accident: Injured wife 'may not see her husband for the last time' 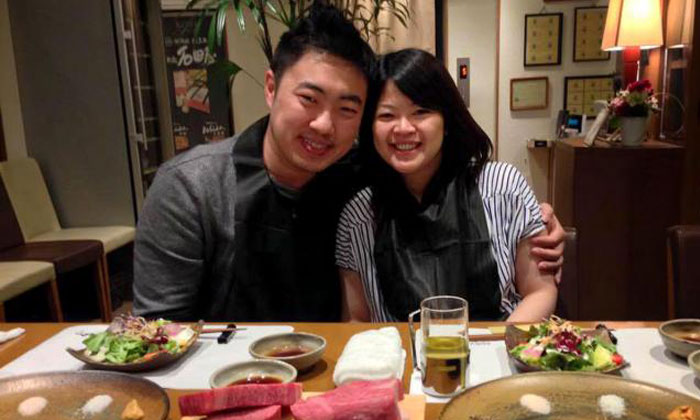 They were supposed to celebrate their ninth wedding anniversary next month in Bali.

But her husband was killed in a horrific crash on the Ayer Rajah Expressway (AYE) on Monday when a silver Mercedes slammed into their vehicle.

Her parents said their daughter now might not be able to bid her final farewell at her husband's funeral because she was badly injured in the tragedy.

Madam Venny Oliver and her husband, Mr Liong Kuo Hwa, both 37, were in their Toyota Vios when the Mercedes which was travelling against the flow of traffic, hit their car.

Yesterday, the police said a 53-year-old man had been charged with causing death by reckless or dangerous driving.

The incident happened on the AYE before the underpass leading to the Tuas Checkpoint, and also involved a bus, another car and a motorcycle.

Besides the couple, the Mercedes driver and a couple on the motorcycle were also hurt.

Yesterday, her mother told The New Paper at NUH that their daughter may not be able to give Mr Liong a proper farewell.

Her mother, who is Indonesian, said in Bahasa Malay: "She may not see her husband for the last time.

"The insides of her body hurt but we do not know if it is because of internal injuries.

"There is also pain in her abdomen area and back. She will be undergoing surgery later on."

Mr Liong had to be extricated by the Singapore Civil Defence Force and was pronounced dead by paramedics at the scene.

Shin Min Daily News reported yesterday that the couple were planning to celebrate their ninth wedding anniversary and Chinese New Year in Bali.

Their anniversary date falls on Jan 27.

Shin Min quoted Madam Oliver's cousin, Darsa, 57, as saying: "They have been married for eight years and were extremely loving. He would always take her to work every day, rain or shine. And even if she ended work late, he would still bring her home."

On his personal website, he identified himself as an actor, producer, singer and host.