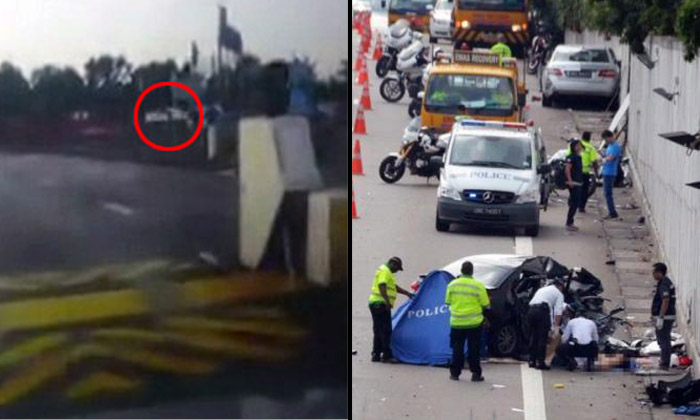 A new video showing a Mercedes driver making a U-turn at ICA customs that sent him against the flow of traffic, causing a horrific crash on AYE that left one dead.

The clip, posted on Roads.sg, shows a car-cam video that sees a driver clearing the customs checkpoint.

The footage also captures the Mercedes driver, who caused the AYE crash, making a U-turn and ending up going against the flow of traffic.

The Mercedes can be seen in the distance, in the top right corner of the video.

The Mercedes driver left a trail of destruction on AYE, near Tuas West Road, at around 8am on Dec 19.

The driver's actions left a 37-year-old male driver dead, and four people between the ages of 34 and 53 were sent to National University Hospital (NUH).

The Mercedes and six other vehicles were wrecked during the accident and parts of the walls on the AYE were also damaged.

A 53-year-old driver was arrested for causing death by rash act.