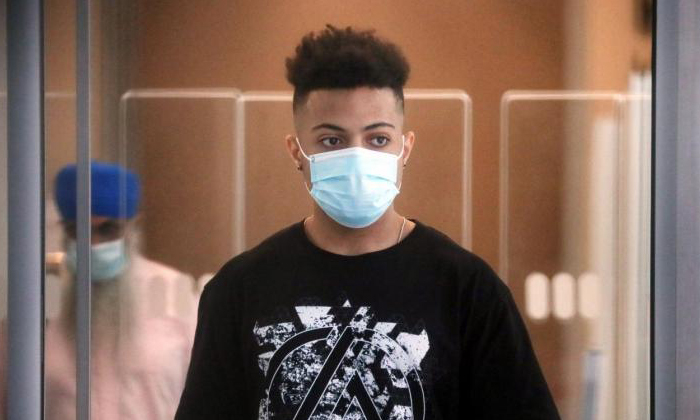 He spotted someone wearing a Spider-Man costume in the middle of a crowd at Clarke Quay on New Year's Eve and approached him without wearing a mask properly.

Adam Abdullah, 19, was fined $1,200 on Tuesday (May 17) after pleading guilty to one count of breaching Covid-19 regulations after failing to keep a 1m distance from others.

The court heard that Adam, a student, was with six friends near a bridge outside Riverside Point on the evening of Dec 31 last year.

At the time, Kotra Venkata Sai Rohankrishna, 20, and three others were in the same area filming content for a YouTube channel.

Kotra was wearing a Spider-Man costume, and his group was interviewing people in a large crowd.

Adam saw Kotra standing on a parapet and approached him with his mask pulled below his chin.

"He then shook Kotra's hand and greeted him loudly... This was captured in Kotra's recorded video footage," said Deputy Public Prosecutor Jeremy Bin.

Kotra, who has been charged with breaching Covid-19 rules, is due to return to court on May 31.

Adam, who did not have a lawyer, said in mitigation that he did not mean to "go crazy" that night.

"We just turned 18 and wanted to have a good time. It was a lapse of judgment and I wasn't thinking properly. I want to apologise for that," he added.

In a statement on March 21, the Urban Redevelopment Authority said 14 people have been taken to court over the incident, with another 19 people issued composition fines.

Videos posted online show a rowdy crowd cheering, singing and celebrating, in what the authorities called a blatant flouting of Covid-19 safe management rules and a potential super-spreader event.