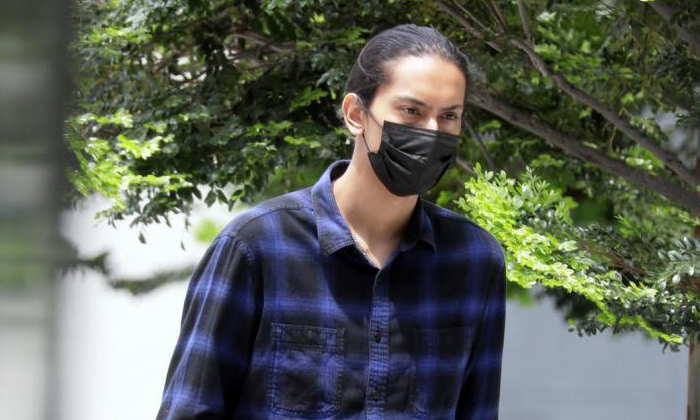 More than an hour before 2021 drew to a close, Shae Mika'il Farook was outside Riverside Point in Clarke Quay, near the Read Bridge, along with dozens of revellers.

There, he got up on a platform and without his mask sang the theme song of the television show SpongeBob SquarePants. The crowd that had gathered joined in.

On Tuesday (April 19), the Singaporean teenager was fined $1,500 for breaching Covid-19 regulations at the New Year's Eve gathering that involved hundreds of people in Clarke Quay.

The court heard that at sometime around 9pm on Dec 31 last year, Shae had dinner with his friends at Harry's at Riverside Point.

At about 10.30pm, they walked around the mall, waiting for the New Year countdown to begin.

Shae was near the Read Bridge about 10 minutes later when he started singing.

"This drew significant attention from the crowd and was a part of the crowd's revelry," the prosecution said.

Shae left Clarke Quay at around 1am and went to a nearby coffeeshop.

He then left for a friend's house at around 2am.

"Throughout the rest of the night, the accused took his mask off at various times, although he was not in his ordinary place of residence," said the prosecution.

The prosecution asked for a fine of $2,000 for Shae, citing the active role he took in leading the crowd in singing.

Shae was represented by Ms Yasmeen Jamil Marican, who said in mitigation that her client had his mask down as he was chain smoking.

She also said her client should receive a similar punishment to those who have been taken to task in court so far.

Four other men were fined $1,500 each on April 5 for breaching Covid-19 regulations in relation to the same incident. Two students who faced more than one charge were fined $2,000 and $3,000 respectively on March 8.

In a statement on March 21, the Urban Redevelopment Authority (URA) said 14 people have been taken to court in relation to the same incident.

A total of 19 people have been served notices of composition, the statutory board added.

Videos posted online show a rowdy crowd cheering, singing and celebrating, in what the authorities called a blatant flouting of Covid-19 safe management rules and a potential superspreader event.