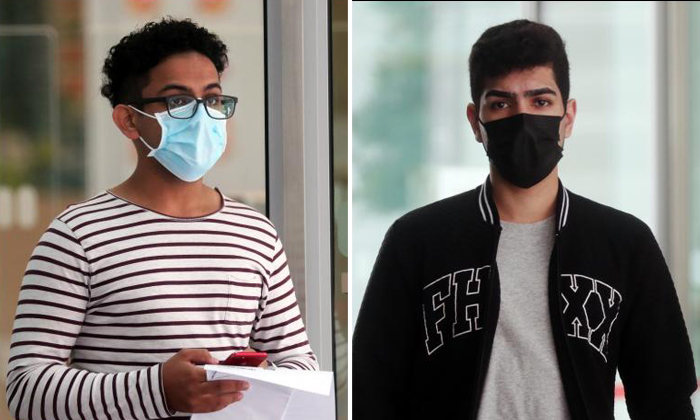 Two students involved in the gathering of hundreds of people at Clarke Quay on New Year's day were fined on Tuesday (March 8) after pleading guilty in court.

One of them, Verma Pulkit, 22, who was caught on camera spraying champagne at the crowd while unmasked, was fined $3,000 for breaching Covid-19 regulations.

His friend, Harjaz Singh, who was in the same group of 10 friends celebrating a birthday party at Clarke Quay, was fined $2,000.

The pair gathered with around eight others, including Ateesh Ashutosh Rao, 22, and Shyama Kumar Sharath, 19.

They wanted to celebrate Verma's birthday and usher in the new year at Clarke Quay, when they joined a large crowd that gathered ahead of the countdown to Jan 1, the court heard.

The incident, which was captured on video and uploaded on social media, is believed to have involved hundreds in a spontaneous countdown party in front of Riverside Point, The Straits Times reported.

Deputy Public Prosecutor V. Jesudevan said that at around midnight, Verma climbed the parapet of the Read Bridge when someone handed him a bottle of champagne, which he used to spray at the crowd while unmasked.

The police arrived at the scene shortly after to disperse the crowd.

Singh was also unmasked during this time and their offences were caught on camera.

Singh's lawyer, Mr Akesh Abhilash, said the group had not planned to congregate with the large crowd and asked the judge for empathy as Singh lived alone.

He said: "A lower fine of $1,000 would be a more than sufficient lesson for this young man."

Taking the prosecution's sentencing position, District Judge A. Sangeetha said Singh and Verna made a choice to participate in the gathering.

She said: "The Covid-19 measures are mandated to curb the spread of the virus. It is important that they are complied with so as to not negate collective efforts to slow down the spread of Covid-19." 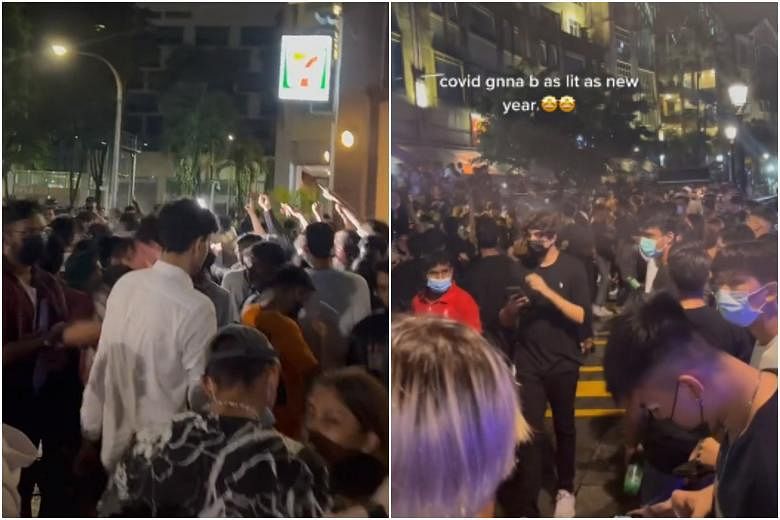 At least 10 people have been charged in court for their involvement in the large-scale gathering at Clarke Quay that day.

Brooks-Potts William Alexander had his charges dropped earlier on Tuesday after paying a composition fine, the court heard.

Another alleged attendee, Kotra Venkata Sai Rohankrishna, who is said to have attended a gathering in a Spiderman costume and interacted with about 20 people, will return to court later this month.

The Urban Redevelopment Authority (URA) said on Feb 28 that 11 people were issued composition fines of $1,000 each for breaching safe management measures (SMMs), bringing the total number of people fined in relation to the incident to 15.

URA wrote in a statement: "As we are still in the midst of a pandemic, it is important that everyone is socially responsible and complies with the prevailing SMMs.

"We urge everyone to play their part to protect their own health and that of others," URA said, adding that the authorities will take enforcement action against errant individuals and businesses if needed.