Aliff Aziz flashes himself and throws chair during dispute outside restaurant 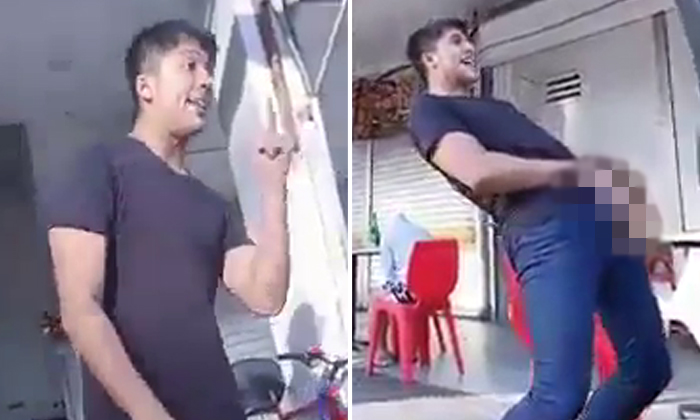 Singaporean actor-singer Aliff Aziz is in the spotlight for the wrong reasons once again, after being caught on camera in a heated dispute.

Stomper Sarah shared a circulated video that shows the troubled 28-year-old behaving inappropriately during an argument outside a restaurant.

In the video that was posted on Facebook on Monday (Jan 13), Aliff appears to be chiding someone as another man tried to hold him back.

Besides throwing a red plastic chair, Aliff is also seen undoing his trousers to flash his private parts while saying, "Suck my ****".

"Tell your boss to come down!" he can be heard shouting.

After realising that he is on camera, Aliff is heard saying: "“Eh, you don't record this."

Aliff has been plagued with a string of controversies in recent years, including being charged for disorderly conduct after resisting arrest in Orchard Road.

He was slapped with theft charges after allegedly stealing money from an Indonesian actress, as well as stealing a lighter and cigarettes at Plaza Singapura.

Aliff also made headlines for his divorce from singer Bella Astillah following extramarital affairs and for purported romantic scandals in Malaysia.