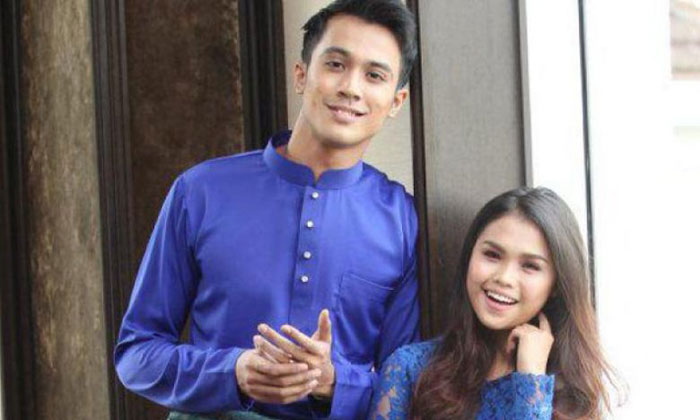 First, the fans slammed Singapore-born singer-actor Aliff Aziz for still trying to toy with Bella Astillah's emotions after their divorce.

Now, they are scolding the Malaysian actress and calling her "stupid".

A video posted online shows Bella, 25, singing Almost Is Never Enough by Ariana Grande and Nathan Sykes live on Instagram, with Aliff, 28, also chiming in towards the end.

The video prompted more than 7,000 comments, ranging from "Bella must really stop" to "they are both clowns".

But some also say that the couple must not completely cut ties since they have a two-year-old son.

The pair, who married in 2016, divorced in May, with Bella claiming that he cheated on her several times.

While the separation won her a lot of sympathy, she was also criticised by some netizens over her post-divorce behaviour.

She hit back by saying that she could not mope at home but had to go out to work and attend commercial events, to support her son.

Aliff has hit a bump too.

Early in September, he was charged in a Singapore court over two counts of theft.

He is accused of stealing $300 and a million rupiah (S$97) in cash from Indonesian celebrity Raja Yunika Perdhana Putri on June 7.

On Aug 6, 2018, he is also said to have stolen a packet of cigarettes and a lighter from a man at a Starbucks outlet.

Out on bail, Aliff is due to return to court on Oct 1.