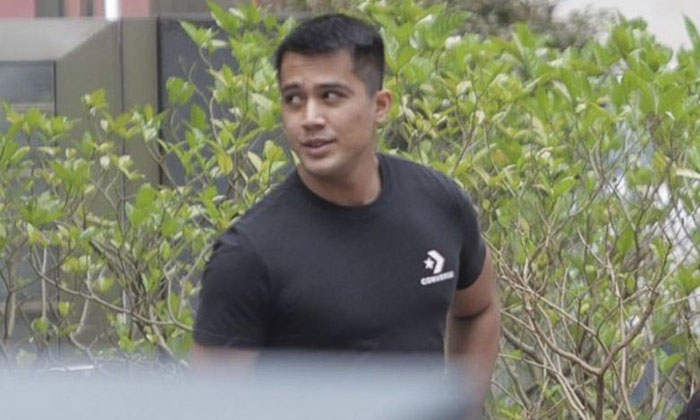 Celebrity Mohamad Aliff Aziz is facing theft charges after he allegedly stole one million rupiah (S$100) and $300 from an actress while in a hotel room in town.

The 28-year-old Singaporean actor-singer is also accused of stealing a packet of cigarettes and a lighter worth $15.60 in total while at the Plaza Singapura Starbucks outlet.

Aliff, who was in the spotlight earlier this year over his divorce from singer Bella Astillah and purported romantic scandals in Malaysia, appeared in a district court on Tuesday (Sept 3) to face the two theft charges.

According to court documents, he allegedly stole the cigarettes and lighter from a Mr Gurwinder Singh Harwindar Singh at the cafe in Orchard Road at around 4.45am on Aug 6 last year.

He is said to have stolen the cash from Indonesian actress Raja Yunika Perdhana Putri while in a room at the Studio M hotel in Nanson Road near Havelock Road between midnight and 3am on June 7 this year.

Aliff, who rose to fame in 2007 after winning Malay channel Suria's version of Singapore Idol called Anugerah, was offered bail of $5,000.

His case has been adjourned to Oct 1.

If convicted of stealing the cash, he can be jailed for up to seven years and fined.

And if convicted of stealing the cigarettes and lighter, he can be jailed for up to three years and fined.