Sexualised orientation games at NUS: Video of students being dunked was 'last straw' 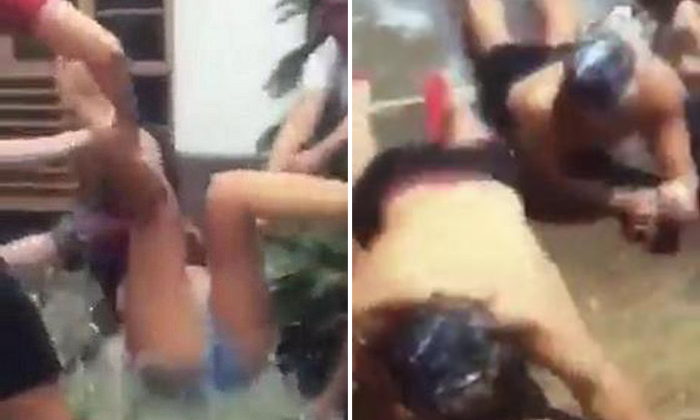 All student-organised freshman activities at the National University of Singapore (NUS) have been suspended, with a video showing students being dunked in water apparently being the last straw.

The university has been in the spotlight for the past few weeks, ever since an article highlighting the increase of sexualised activities at its orientation camps was published on The New Paper.

Stomp has also been reporting on similar incidents over the years. One of the most-discussed incidents came earlier in March, when Stomper Anonymous shared a video showing students participating in a sexually-suggestive game where a guy had to do a pumping exercise on top of a girl -- with his crotch against her face.

The incident took place at Sheares Hall on July 27, which NUS has since confirmed.

The clip shows a group of four students holding the limbs of a freshmen and dunking him repeatedly into what seemed to be a pool or a pond. This was then repeated on a female participant.

The second part of the video then shows a group of male students crawling topless on a concrete floor filled with powder while chanting obscenities.

According to The New Paper, a spokesman for NUS said such activities were not condoned but were still carried out despite previous instructions on the matter.

"We are deeply disappointed that some of our students have flouted the rules and behaved in an unacceptable manner in organising freshmen activities," she said.

"Dunking or any other form of ragging is strictly banned under the university's guidelines for student activities.

"The university takes a very serious view of this breach and is currently conducting an investigation."

The spokesman added that all student-organised team-building activities for freshmen have been suspended until further notice.

The cancelled activities include Orientation Week, also known as O Week, a five-day event that was scheduled to happen this week.

Ongoing camps were also stopped halfway because of the suspension, and the participants were told to go home.