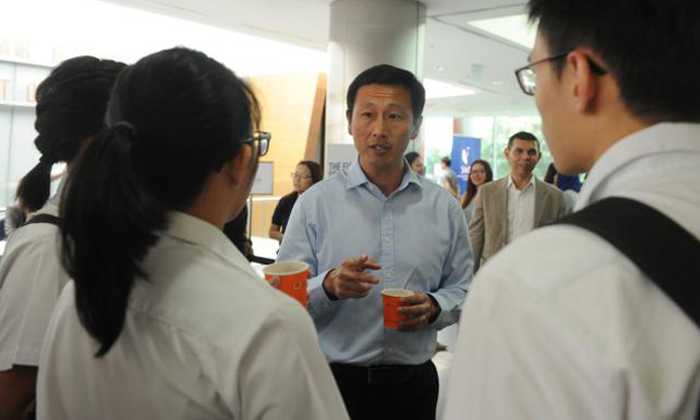 The fallout of the National University of Singapore's (NUS) orientation camp scandal shows no sign of easing.

The New Paper has learnt that a sponsor will no longer work with the NUS Students' Union (Nussu) for future events, while others are monitoring the situation.

Acting Minister for Education (Higher Education and Skills) Ong Ye Kung also weighed in on the situation yesterday, condemning the "reprehensible" sexualised activities carried out during the camps. (See report, below.)

This came after a TNP report on Tuesday about first-year students having to re-enact simulated rape scenes and sing cheers that denigrated women during these camps.

Wrap & Roll, a Vietnamese restaurant chain with four outlets here, had sponsored about $6,000 worth of food for this year's camp organised by Nussu.

It had previously sponsored camps at NUS Business School and it was the first time it was sponsoring a camp by the students' union.

A spokesman for the restaurant told TNP yesterdayit was shocked to discover that such activities were happening and thus will no longer work with Nussu.

"This is not a good image and the organisers went too far," said the spokesman.

"There was no reason for them to cross the line and we do not want to be associated with them."

A spokesman for another sponsor, Saint Games, a video-gaming cafe, said it would be observing the situation and reviewing its sponsorship.

"We do conduct reviews from time to time. But we have never touched the programmes," said the spokesman. "We will be observing the situation."

It is not known how much or what Saint Games sponsored.

A spokesman for Brand's, known for its essence of chicken, said it will not stop its product sponsorships.

The spokesman said: "Nevertheless, we do not condone any behaviour that denigrates the dignity of individuals and trust that any such activities will be dealt with appropriately."

A spokesman for Tiny Photo, an event photography agency, said it was unaware of any reports of misconduct and said they only sponsor the Rag and Flag activities and not the Nussu camp itself.

According to Nussu's Executive Committee Budget for the academic years of 2015 and 2016, the union received $95,000 as sponsorship income for the year.

The document, which can be found on the union's website, also details an expenditure of $237,544 by the Freshmen Orientation Central Committee.

DBS and Standard Chartered, both listed on the website as strategic partners, are aware of the recent scandal.

A DBS spokesman said that its partnership with Nussu is "primarily around the DBS NUSSU Debit Card".

The spokesman said: "We have taken note of the recent allegations and are monitoring the situation closely."

A spokesman for Standard Chartered said: "We have an existing agreement with Nussu on a co-branded credit card, which we have stopped offering to new customers in 2012. We do not have any involvement in events or activities initiated by Nussu."