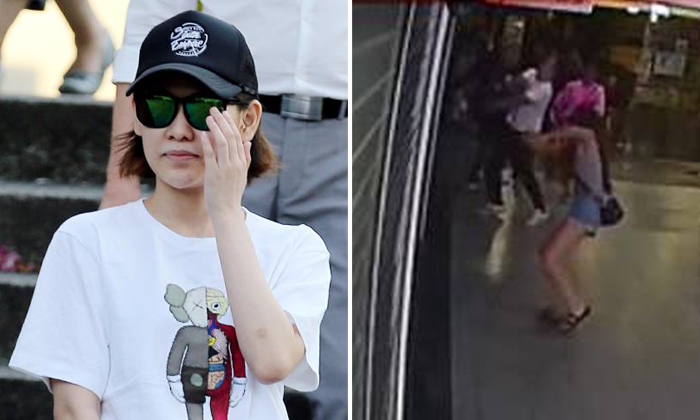 The sole woman allegedly linked to the Orchard Towers killing burst into tears when told on Friday (Oct 18) that her murder charge has been reduced to assault.

Offenders convicted of assault can be jailed for up to two years and fined up to $5,000. Those convicted of murder can face the death sentence.

Natalie Siow Yu Zhen, 23, was one of seven people originally charged with the murder of 31-year-old Satheesh Noel Gobidass, who was attacked at 6.30am on July 2 and died in Tan Tock Seng Hospital about an hour later.

Following the proceedings on Friday in a district court, Mr Gill told The Straits Times that his client was "elated" and had burst into tears when he told her the prosecution team had agreed to a reduced charge.

Mr Gill said: "She is looking forward to going home to her family and will cooperate with the authorities as advised by me. I am grateful that the prosecution acceded to my representation.

"I feel this is the appropriate charge for Natalie."

Tan Hong Sheng, Loo and Chan also saw their respective murder charge reduced on July 11 to that of consorting with a person carrying an offensive weapon in a public place.

They were allegedly in the company of Tan Sen Yang, who is said to have had a foldable "kerambit" knife in his possession at the Naughty Girl Club at 5.46am at Orchard Towers. The weapon, a curved knife resembling a claw, was allegedly used in the attack.

Loo and Chan are currently on bail. Those charged with murder are not offered bail.

Tan Hong Sheng, who was originally on bail, is in custody after skipping a court appearance on Aug 29.

He was rearrested and taken back to court on Sept 27, where he was served with an unrelated rioting charge.

In an earlier court session, it emerged that while he was out on bail, Tan Hong Sheng allegedly took part in an unlawful assembly with four other people to hurt one Desmond Neo Zhao Fu, 30.

The offence took place outside Club Secret at Central Mall in Magazine Road near Havelock Road at around 3.40am on Aug 9.

The group was allegedly part of a huge brawl caught on a video which went viral online.

Neo, who is not linked to the Orchard Towers incident, is facing a rioting charge. His case is pending.