Orchard Towers murder: 4 of 7 accused taken back to crime scene 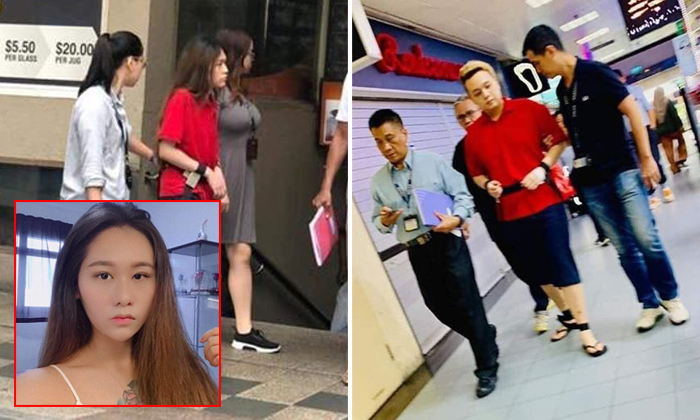 Four of the seven people charged with the murder of a man, who was killed following a brawl at Orchard Towers last week, were taken back to the crime scene by police on Tuesday (July 9).

Six men and a woman were each charged with one count of murder with common intention on July 4.

They were remanded at the Central Police Division in Cantonment Road for a week pending investigations, and the court heard that the crime scene would be reconstructed, reported The New Paper.

According to Shin Min Daily News, Siow and three of the male accused were seen accompanied by police officers at Orchard Towers at around noon yesterday.

A Stomper shared photos that have been circulating online, showing the four accused dressed in red while in arm and leg restraints.

Police brought the group to the building's first-storey entrance and a club on the second storey, where they were reportedly questioned.

Members of the public who were at the scene said that Siow looked exhausted as she answered questions from the police, while the three male accused appeared calm.

A reader told Shin Min that the accused were inside Orchard Towers for around 10 minutes and attracted a crowd.

All seven accused are expected to return to court on July 11.