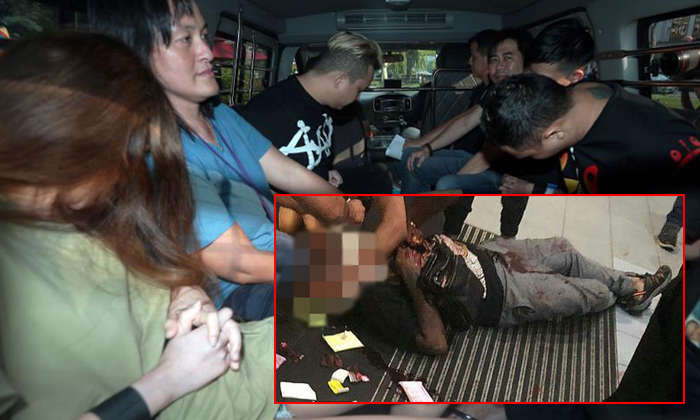 Two more men of the eight arrested after a pub brawl at Orchard Towers that left a 31-year-old man dead will be charged in court today for murder with common intention.

This brings the total number of people to be charged to seven - six men aged between 22 and 27 and one 22-year-old woman, said the police.

The eighth person arrested is a woman.

If convicted, they could face the death penalty.

All eight suspects were arrested within 12 hours of the attack, which took place early Tuesday morning.

He is believed to have been wounded in the brawl that reportedly started on the second storey of Orchard Towers and continued to the floor below, witnesses told reporters.

Shin Min Daily News also spoke to Mr Satheesh's former colleague, Mr Alep, who wanted to be known only by his first name.

According to him, the Singaporean was a mechanic.

Mr Alep said: "After he left the company, we didn't speak much but I know he got married and had a five-year-old daughter."

"When I heard the news of the murder, I didn't know it was him until my friends told me. I am sad and am sorry for his family," he added.

In close-circuit TV footage from one of the shops circulating online, a group of about 10 people is seen intercepting the victim at the escalator leading to the building's entrance at 6.12am.

One of the assailants, who was brandishing a weapon, then threatens the victim and forces him back.

Seconds later, the group flees the scene and the victim is seen staggering before collapsing at the entrance.

Shin Min reported that one of the assailants slit the victim's throat with a knife.

In another online video, a paramedic can be seen performing chest compressions on the victim.