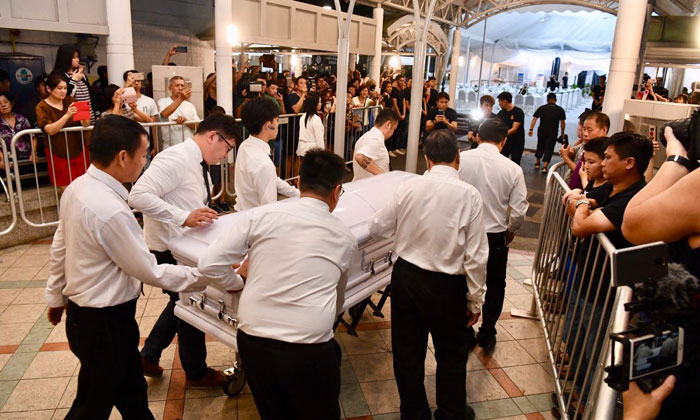 Hundreds of people turned up at home-grown actor Aloysius Pang's wake on Friday night (Jan 25), hoping to pay their respects even before the public memorial was due to start on Saturday.

After his management agency NoonTalk Media announced the location of the wake on social media on Friday afternoon, members of the public, including his fans, started streaming in to stand outside the barricaded multi-purpose area in MacPherson Lane while the wake was being set up.

Some onlookers started tearing when the hearse carrying the body arrived at 9.20pm.

The public was then asked to clear the area so that the late actor's family and friends could pay their respects in private. 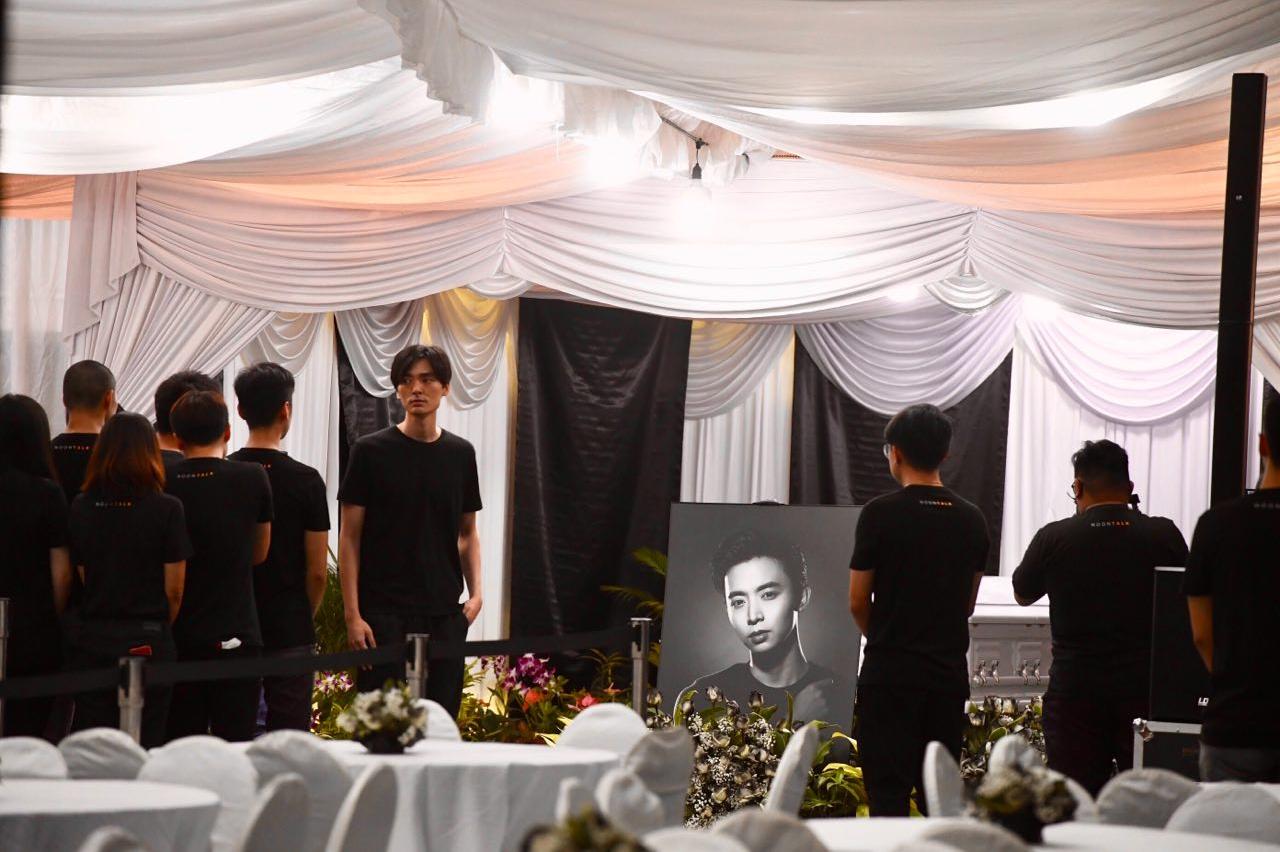 An emcee said that members of the public who wished to say their personal goodbyes could come and do so from noon on Saturday.

A housewife who wanted to be known only as Mrs Lim, 59, tried to stuff condolence money into the hands of the organisers.

She started tearing as she told The Straits Times that she "felt compelled" to turn up, even though she was not familiar with the actor's works.

She said: "As a mother, I can understand how heartbreaking this must be for his parents. He went to serve the country and now he has died.

"I really hope that this ordeal will lead to real changes to how the authorities will handle safety for our national servicemen. There have been too many deaths."

CFC (NS) Pang, 28, died on Wednesday night from injuries suffered last Saturday while he was on reservist duty in New Zealand.

The Ministry of Defence (Mindef) said CFC (NS) Pang, who was with the 268th Battalion Singapore Artillery, had been carrying out repair works inside a Singapore Self-Propelled Howitzer when the gun barrel was lowered and injured him in the chest and abdominal areas.

He was evacuated to Waikato Hospital, a regional trauma centre in Hamilton, south of Auckland, where he underwent three operations in five days.

His body was flown into Paya Lebar Air Base on a Republic of Singapore Air Force KC-135R tanker aircraft on Friday evening.

CFC (NS) Pang was accorded a homecoming ceremony with Chief of Army Goh Si Hou in attendance, a guard of honour and fellow soldiers of the Artillery Formation.

The ceremony was witnessed by the late actor's family, said Mindef in a statement.

At the air base, Minister for Defence, Dr Ng Eng Hen, accompanied by Chief of Defence Force Melvyn Ong, met a family member to offer Mindef and the SAF's condolences.

The public memorial will be held at 82A MacPherson Lane from noon on Saturday until noon on Sunday.

CFC (NS) Pang will be accorded the full honours of a military funeral.

The cremation ceremony will be held at Mandai Crematorium on Sunday.