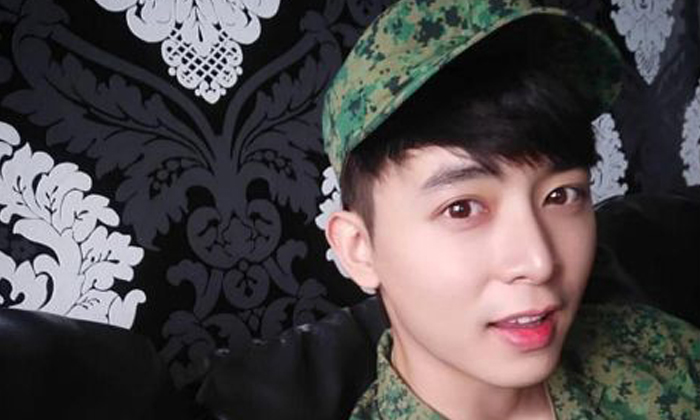 Actor Aloysius Pang, who was seriously injured during an overseas military exercise in New Zealand last Saturday (Jan 19), has undergone abdominal surgery and a follow-up relook operation, the Ministry of Defence (Mindef) said in a statement.

The follow-up operation was completed successfully at 11am Singapore time on Monday, Mindef said.

The operationally ready national serviceman was carrying out repair works inside the Singapore Self-Propelled Howitzer at Waiouru Training Area when he sustained injuries to his chest and abdominal areas, Mindef said.

A medical team from Singapore is working with the New Zealand team to provide the best possible care for CFC Pang, Mindef said.

The ministry has also made arrangements for CFC Pang's next of kin to be flown to New Zealand.

His mother has visited him and spoken to him in hospital, while CFC Pang's father and brother are due to arrive in New Zealand on Monday evening Singapore time, Mindef added.

"An investigation is ongoing to determine the cause of the incident," Mindef said.

Dr Teo Li Tserng, chief of Tan Tock Seng Hospital’s trauma and acute care surgery, who is the primary physician in charge of CFC Pang when he returns to Singapore, said that CFC Pang’s second surgical operation “went well” and that he is currently stable.

The medical team in Singapore has been “working very closely” and communicating with the medical personnel in Waikato, including Dr Christey Grant, the primary surgeon taking care of CFC Pang, Dr Teo added.

“His vitals are stable and he is awake, alert, and he is breathing on his own, not requiring any mechanical ventilation,” Dr Teo said.

The Singapore Armed Forces (SAF), the hospital in Waikato and the medical team in Singapore have not set a date for CFC Pang to be brought back to Singapore, but the team plans to do so “once he is stable” and “well enough”, Dr Teo said.

CFC Pang, an armament technician from the SAF’s 268th Battalion Singapore Artillery, had been taking part in Exercise Thunder Warrior when the incident occurred.

Exercise Thunder Warrior is an annual artillery live-firing exercise that has been conducted by Singapore and New Zealand since 1997.

This year’s exercise, which began on Jan 5 and involves more than 500 personnel, ends on Feb 2.

Pang, who is currently managed by talent agency NoonTalk Media, is a freelance actor who has worked on Mediacorp projects. He was named one of the top 10 most popular male artists at the 2016 Star Awards, and clinched the Best Newcomer Award at the 2015 Star Awards.