Aloysius was the 'most precious one in the family', says elder brother 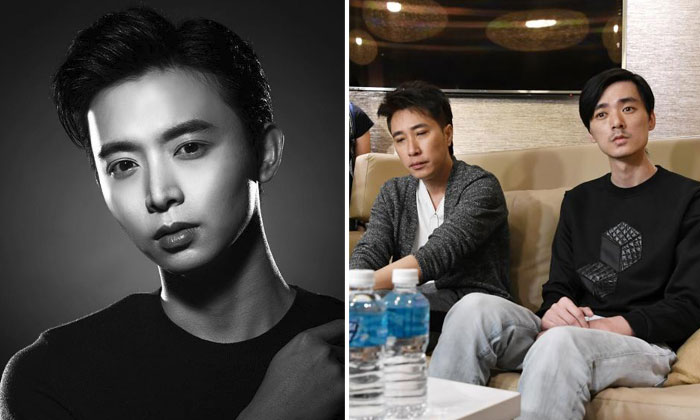 Actor Aloysius Pang had a nickname among his family members -- they called him 小瓜 ("xiao gua"), a term of endearment for the youngest of three boys.

"He's the most precious one in the family -- the youngest and the one we shower all our love on," said Kenny Pang, 32, Aloysius' second-eldest brother.

The actor and NoonTalk Media artiste died on Wednesday (Jan 23) in New Zealand, after suffering serious chest and abdominal injuries from an accident during the Singapore Armed Forces overseas exercise.

In a media conference put together at Changi Airport's Terminal 3 on Thursday night after landing in Singapore, Kenny added that Aloysius' real-life personality is exactly as what is portrayed on TV and social media.

"What you see on TV, what he has been showing to the media, and what you see from all the responses to him, all the love and care, that is who he is," shared Kenny.

"He is as transparent as he can be, caring and devoted to his passion -- that is the true Aloysius. He has also always been taking care of his family -- it's his priority," explained Kenny.

Longtime mentor and manager Dasmond added that Aloysius had "grown up well" from his rebellious younger days. While thankful for all the love and support from Aloysius' fans over the past few days, Kenny shared that Aloysius was also particular about maintaining his family's privacy and asked for some space.

"If Aloysius was here, he would be very thankful for all the love, but on the other hand, he cherishes his family's privacy, so he would certainly appreciate all the space you can give to us... it is also a sign of respect to Aloysius"

Dasmond also requested for media outlets to refrain from writing "unnecessary" things that may affect his parents.

"He has always been a very careful person and he puts a lot of thought into the things that he wants to do".

However, for all unfinished work that Aloysius had planned, Kenny hopes the family will be kept informed of any developments.

He also indicated that Dasmond will be the main liaison for such matter, to "make sure that (any work or product) is the best that we know Aloysius would want to show (to the public)."