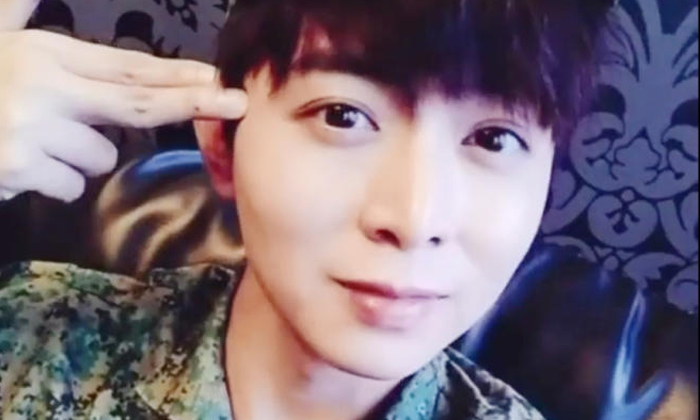 Corporal First Class (NS) Pang Wei Chong, 28, was injured while repairing a Singapore Self-Propelled Howitzer at around 2.05pm Singapore time, the Ministry of Defence said in a statement on Sunday.

"An investigation is ongoing to determine the cause of the incident," Mindef added.

Talent agency NoonTalk Media confirmed that its artiste had met with an accident while on reservist in New Zealand.

He was transferred to the battalion casualty station at 2.25pm, where he was assessed and stabilised by a medical officer for about 25 minutes before being evacuated to Waiouru Camp Medical Centre for further treatment.

A helicopter arrived at 4.10pm and CFC (NS) Pang was evacuated, while conscious, to Waikato hospital in Hamilton, in the northern part of the country.

He arrived at the hospital at 6pm, Mindef said.

He then went through surgery, which was completed at 11.40pm, and is now being monitored in the high dependency unit.

"The Ministry of Defence and the SAF are assisting CFC (NS) Pang's family during this period," Mindef said.

Exercise Thunder Warrior is an annual artillery live firing exercise that has been conducted by Singapore and New Zealand since 1997.

This year’s exercise, which began on Jan 5, involves over 500 personnel. It will end on Feb 2.

NoonTalk Media said in a Sunday Facebook post: “We have just received a not too pleasant news this morning... Aloysius’s mum is currently travelling to New Zealand and NoonTalk Media is also in close communication with Mindef.”

On Jan 5, Pang posted on Facebook about his upcoming reservist duties.

“Off to serve our country. Back at the end of the month! May not be able to post much when I’m there,” he said, adding “wait for my return” in Chinese.

Following the news of his injury, several fans posted get well soon messages on Facebook.

Pang was announced as one of the top 10 most popular male artistes at the 2016 Star Awards, and clinched the Best Newcomer Award at the 2015 Star Awards

A child star who started acting at age nine, he was one of eight young male stars picked by Mediacorp to form a new generation of celebrities dubbed the “Eight Dukes”.