Doctor accused of raping and molesting patient cleared of charges 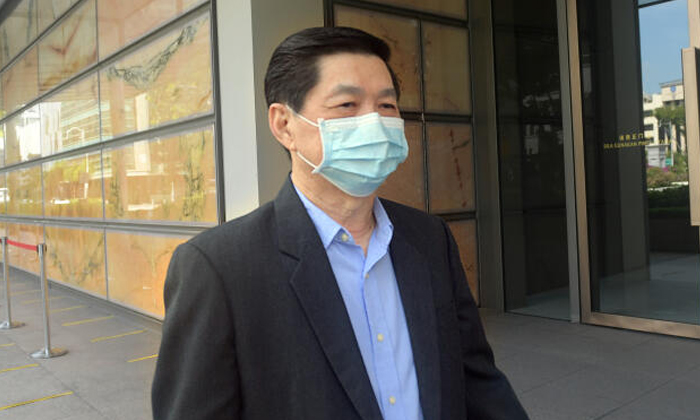 General practitioner Wee Teong Boo, who was accused of raping and molesting a patient at his Bedok clinic, was completely cleared of all charges on Wednesday (June 10) after the Court of Appeal overturned his conviction.

After the verdict, Dr Wee, accompanied by his family, walked out of the courtroom to applause from supporters waiting outside, some of whom spontaneously hugged one another before being reminded of safe distancing rules.

He was originally tried for molesting the patient, then a 23-year-old student, during a medical examination in November 2015 and for raping her during another visit one month later.

Last year, Justice Chua Lee Ming cleared him of rape because there was reasonable doubt as to whether it would have been physically possible for Dr Wee, who had erectile dysfunction, to have sexual intercourse with the woman unaided.

The High Court judge, however, convicted him of sexual assault, based on Dr Wee's admission that he had inserted his fingers into the patient in what he said was a pelvic examination.

Dr Wee was then sentenced to 10 years' jail.

On Wednesday, the apex court, comprising Chief Justice Sundaresh Menon and Judges of Appeal Steven Chong and Belinda Ang, fully acquitted the doctor, saying that they were troubled by many aspects of the patient's account.

Among other things, the court found "incredible" the woman's testimony that she initially believed that Dr Wee's actions, such as touching her genital area, were part of a medical examination.

The woman had seen Dr Wee, her regular doctor, on Nov 25, 2015, for gastric discomfort.

She said he was stroking her genital area while examining her but thought it might be part of the examination.

She felt assured that it was a legitimate examination after she saw another doctor at a polyclinic, who found a lump near her groin area.

On Dec 30, she returned to see Dr Wee over her frequent urination and a genital itch.

She said he stood between her legs and she felt something "poke" her while he was moving and holding both her legs with his hands.

The woman said it was only when he pulled her into a semi-upright position that she realised that his genitalia was partly inside her.

Delivering the court's judgment, which referred to the patient as V, Chief Justice Menon said: "We find it impossible to understand how V could have thought that the alleged conduct of Dr Wee could ever have been explicable on the basis that it was part of a medical examination.

"How could he possibly have been examining anything if his head and chest were upright and both his hands were supporting V's knees?

"And how could he have been 'poking' anything into V that was related to a medical examination when both his hands were being used to hold V up?

"And finally, when V sat up and allegedly saw Dr Wee's penis still in her vagina, how could she possibly have imagined that this might be part of the medical examination?"

Chief Justice Menon said the question was not so much about a victim's reaction to a sexual assault, but the credibility of a victim's claim of what she thought was happening while it was happening.

The court was also troubled by the delay of 36 days between the alleged molestation and it being reported.

The court said it had difficulty accepting the woman's testimony that it suddenly dawned on her, after making a police report for rape, that she had been molested during the earlier visit.

"We have difficulty with this because the alleged sexual assaults were in fact so dissimilar that the events of the alleged rape could not possibly have coloured her perception of what had transpired on Nov 25, 2015."

The apex court said the High Court had erred in law by convicting Dr Wee of sexual assault because it rested on a version of facts that was "fundamentally incompatible" with the case mounted by the prosecution and the testimony of the woman, who repeatedly insisted that she saw his penis inside her.

The court added that it was highly prejudicial to Dr Wee as he did not have the chance to defend himself against the digital penetration offence.

Dr Wee's lawyers from Eugene Thuraisingam LLP told The Straits Times: "We are happy that the hard work put into the case has paid off with an innocent man being acquitted by the court."