Doc accused of raping patient: But he has erectile dysfunction and is "as soft as a noodle", says wife 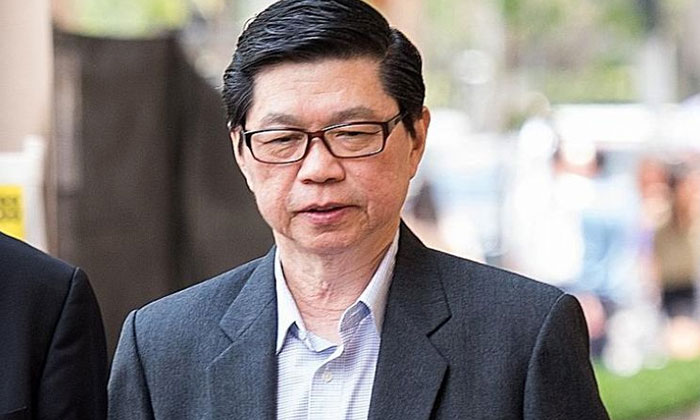 The wife of doctor Wee Teong Boo, who has been accused of molesting and raping a patient, said that she “firmly believes” in her husband’s character, adding that he would not have been able to rape a woman due to his erectile dysfunction.

Madam Quek Bee Nar, 61, told the court that since 2015, Wee has been having trouble getting and maintaining an erection.

“Aside from believing in his character, his penis is so soft, how could he have raped the woman?”

Madam Quek went to describe in court how her husband was "as soft as a noodle", reports Lianhe Wanbao.

The married couple of 40 years have five children, aged 20 to 39. Madam Quek who works as a real estate agent, also serves as a director at Wee's Clinic and Surgery, where her husband is accused of molesting and raping the 23-year-old patient back in 2015.

The court heard that sexual intercourses between Madam Quek and Wee were limited to once or twice a month since 2015, as Wee had erectile dysfunction. Penetrative sexual intercourse was at time, hindered by Wee’s condition, reports The Straits Times.

Madam Quek said that she told the police about Wee’s condition after she was first asked about her sex life by the police on Jan 1, 2016.

She had been informed that Wee was being investigated for the alleged rape of a patient.

In her statement, she told the police that intercourse with Wee was “very fast” and when told to elaborate, she added that her husband is “old already”.

Madam Quek did not mention that Wee was unable to achieve an erection, a point that the prosecution was quick to point out.

Based on the inconsistencies between her statement to the police and testimony in court, the prosecution attempted to impeach Madam’s Quek’s credibility.

Deputy Public Prosecutor Amanda Chong asked Madam Quek why she had left out the details of her husband’s condition despite it being important, to which Madam Quek replied that she did not have experience in giving statements.

In addition, Madam Quek said that she was “too shy” to share the details of her sex life with the male officers who interviewed her.

She also said that she failed to grasp the intention of the police's question, as she had thought that they were asking if she and her husband were in love, adding that she did not think Wee would be charged:

“I was too naive to think that the law is fair.”

DPP Chong however, said that Madam Quek would have confessed to the police about Wee’s supposed inability to achieve erection if he truly had erectile dysfunction.

“I'm someone who doesn't like to lie. To disclose these intimate details and to share them with the public is very difficult for me.”

Madam Quek had taken the stand after another patient, Ms Toh Yin Ling. Ms Toh who consulted Wee immediately after the alleged rape, said that the victim looked “normal”.

Trial is set to resume in October.