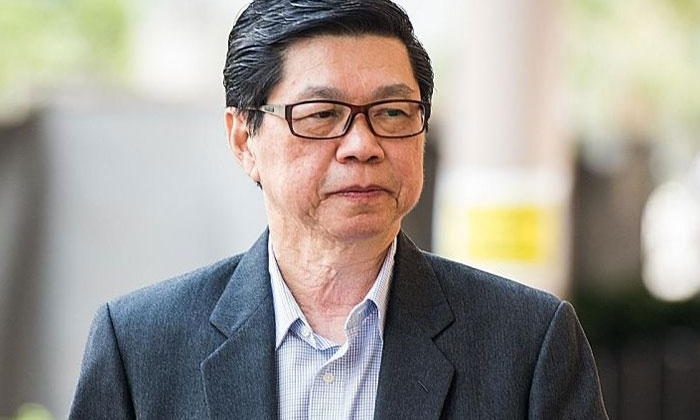 A doctor who is accused of raping a female patient pleaded not guilty to one count of rape and another of molestation during his first day of trial on Monday (April 30).

The trial which is scheduled for 10 days, continues, and the woman, now 26, will testify behind closed door.

The High Court heard that the 23-year-old female student who was seeing her regular general practitioner, 67-year-old Wee Teong Boo, for gastric discomfort, felt uneasy when he first touched her genital area during an examination.

Deputy Public Prosecutor Sharmila Sripathy-Shanaz said the woman, who cannot be named due to a gag order, started seeing Wee in November 2014, for gastric and acne issues.

On Nov 25, 2015, she reportedly went to consult Wee for gastric discomfort, as she will testify, reports The Straits Times.

She was told to lie down on an examination bed in the adjacent room for him to check her abdomen.

Wee instructed her to unzip her jeans and she complied.

The woman did not voice her discomfort as she thought that Wee's strange actions were a part of the examination.

On Dec 30, 2015, the woman returned to consult Wee at about 11.30pm, citing a problem with frequent urination and an itch in her genital area.

She also asked Wee for her routine gastric medicine.

The DPP said that Wee examined the woman’s lower abdomen before he pushed her shorts lower.

He then rubbed her genital area and asked the woman if that was the part that was itching, and she replied that it was.

Wee then told her to pull down her shorts and underwear completely so he could inspect her genital area.

The woman pulled her clothing to her thighs, but Wee proceeded to take them off completely, said the DPP.

The doctor then repositioned her such that he was between her legs, she said.

The woman will testify that she felt something ‘poke’ her and saw Wee’s body moving.

She complained of pain, and Wee repositioned her again.

It was then that she realised that Wee had his trousers unzipped and that he was raping her.

The shocked woman gestured for Wee to stop and quickly dressed.

The DPP said that the woman also noticed that she was bleeding after she went to the washroom.

Upon returning home, the woman took a shower and washed her genital area.

After using the toilet, she continued to notice bloodstains.

She could not sleep that night.

The woman’s mother will testify that her daughter eventually recounted to her what happened at the clinic.

The woman made a police report later that morning.

Two small superficial wounds and a fresh hymenal tear were found in the woman’s genital area during a medical examination.

The trial will continue.