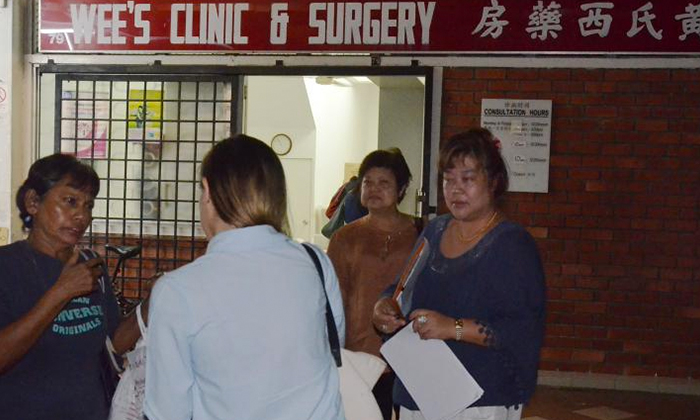 Even after he was accused of raping and molesting a 23-year-old female patient in his Bedok clinic, a 66-year-old general practitioner, Wee Teong Boo continued practising medicine.

In light of the accusation, another female patient started a petition in support of the doctor, which has since garnered over 120 signatures, reports Shin Min Daily News via Lianhe Zaobao.

He is also accused molesting the victim by rubbing her private parts.

After the 48-year-old female patient heard about the case, she decided to start the petition:

“When I first read the report, I wondered what we could do for the doctor.

“I felt that he was a good person and wanted to vouch for his character and professionalism.”

She told reporters that she lives in Changi and has been a patron of the accused clinic for over 40 years.

“At first, it was just my grandma who was a regular at the clinic.

“After that, my mother brought me here to see the doctor.

“When my mother had a lump on her breast. she was also seen by Dr Wee, and we did not feel that there was anything short of professionalism.”

She told reporters that a 19-year-old female student also approached her and asked if there was anything she could sign to vouch for the personal integrity of the Dr Wee.

Deciding that she would do her best to support the doctor, she started accosting patients at the counter from 8.30pm on Wednesday (Mar 1) and asked them if they were willing to sign her petition.

She collected over 50 signatures by 11pm, and another 70 yesterday (Mar 2) morning.

The task of signature collection was bore by a few other supporters, who took shifts to do it.