Woman burned in Tanjong Pagar car crash: 'I was too complacent with my life' 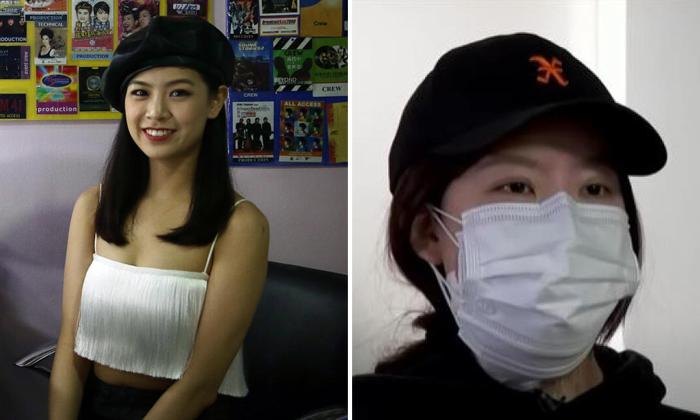 The young woman who ran to the blazing wreck of a car in Tanjong Pagar last year, and suffered 80 per cent burns on her body, is slowly healing and getting ready to start a new life.

Five people, including her boyfriend, died in the horrific crash, in the early hours of Feb 13, 2021. CCTV footage of her heroic rescue attempt went viral on social media.

For four months after that, Ms Raybe Oh was confined to bed, and she has undergone more than 40 operations, plus laser procedures.

“I was wrapped up like a mummy in a hospital," she told CNA in her first on-camera interview since the crash.

"It's been quite tough for me because every time after the surgery, I'll be in a lot of pain. Laser was very painful. Even physiotherapy is painful for me."

Red blisters are still visible on her right hand. But she is mostly all covered up for the interview. She is not quite ready yet to appear in public with more of her skin exposed.

Still, she remains cheerful, and a “half-glass-full person”.

And she has big plans. She has started a beauty business with a friend.

"Being a successful business owner has always been my dream," said Ms Oh, 28.

She still needs help though, and is grateful for all the support she got from her own family, as well as her late boyfriend’s.

Her mother stopped working to look after her. "She will cook for me every day and wash my clothes. She's more like, babysitter to me now," said Ms Oh.

The challenges have been many. The former air stewardess, who used to be a very active person, now finds it boring to remain cooped up indoors.

She also used to be a getai singer, and she misses singing, which has always been a passion.

"My throat has been hurt from all the intubation, from general anaesthesia,” she said. “And I wasn't working out too much, so the lung capacity doesn't allow me to sing so well now."

She hopes to regain her strength, train her vocal chords and eventually go back to singing.

But the biggest thing is her business, Royal Skin Haus, which offers facials, slimming and hair removal services.

It recently moved to a new location in Beach Road, and looks set to expand.

Customers were gathering outside the shop as the interview wound up, CNA reported.

"I know how beauty can be very important to a person. It can help people to gain confidence and that will eventually change their life. Now that I don't have the luxury of enjoying this… I want to bring this to people out there," said Ms Oh.

"There's more I can do without my looks. I want to show people that a strong personality can achieve anything I want as long as I'm determined and focused and disciplined."