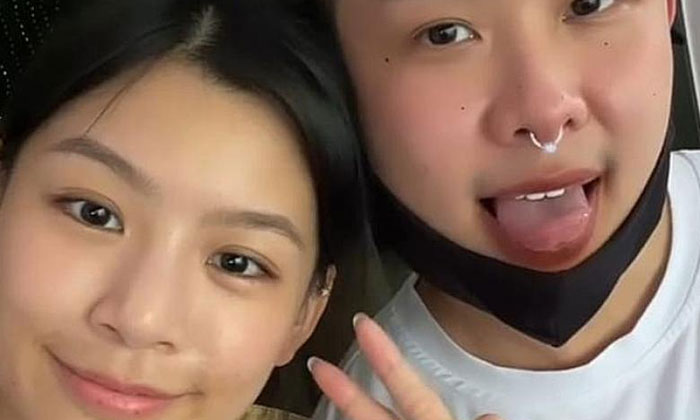 He had treated the woman who was marrying his son like his own daughter.

But, as fate would have it, the father's hopes for the young couple vanished in a flash in the early hours of Saturday, the second day of Chinese New Year.

His only son, Mr Jonathan Long, 29, and four of his friends perished after his BMW M4 Coupe crashed into a vacant shophouse and burst into flames in Tanjong Pagar Road.

Their bodies were so badly burned that DNA testing is being used to identify them.

She sustained severe burns to 80 per cent of her body when she dashed into the inferno to try to save the man she loved.

The lovebirds had been together for many years and were planning to marry soon and buy a home, the father told Chinese-language newspaper Shin Min Daily News yesterday.

They were understood to have applied for a Housing Board flat recently, The Straits Times reported on Sunday.

"I treat her as my own daughter and I hope that she will be safe," said the father, who wanted to be known only as Mr Long.

"She is really a very good girl, and we will do our best to take care of her."

Mr Long, 62, added that he had been in touch with Ms Oh's mother to provide support. The Shin Min report did not mention where the mother is.

Ms Oh, a former Singapore Airlines cabin crew member who was born in Malaysia, came to Singapore at 16 to study in a polytechnic.

While in poly, she began singing in getai shows to earn money for her school fees to help ease her father's financial burden.

When Shin Min visited the Longs' family home, Mrs Long was distraught and had not come to terms with the loss of her son.

Her husband said the family has been struggling to heal the pain since his son's death.

On online criticism of his son, whom the police said had been speeding before the horrific crash, he said he could not control what others are saying and chose to ignore them.

The older Mr Long, who has an older daughter, said his son, who was with Aviva Financial Advisers, was filial, hardworking and motivated.

He added that they are waiting for news from the authorities about when they can claim their son's body.

A friend who did not want to be named told Chinese language daily Lianhe Wanbao that Mr Long's white BMW M4 Coupe was bought second-hand for about $200,000 a few months ago.

A new model is listed at $451,000 on the BMW website. The high-performance car with twin turbos is capable of doing 0-100kmh in 3.9 seconds, according to the website.

Another friend told Wanbao the group had gone to a Korean restaurant in the area to celebrate Chinese New Year and Mr Long had wanted to take his friends for a spin in his car.

Residents who spoke to Wanbao said they noticed a white BMW circling the area for a few times before the accident.

A short video, in which a woman believed to be Ms Oh can be seen, shows the car zooming past at high speed before disappearing from view, followed by a bright flash in the distance.

Mr Teo's father told The Straits Times yesterday that he nearly collapsed from shock and grief when he learnt his son had died in the crash.

He said in Mandarin: "My heart completely sank. I knew that was it. My son is gone.

"I had never thought something like this could happen. I completely broke down. I have lost something that is more important than my own life. I cannot accept it."

The older Mr Teo, a 56-year-old school bus driver, said his son did not have a driver's licence and was not into fast cars like some of his peers.

His wife, also 56, said their son had told them he was going to a friend's place at about 10pm on Friday.

She said she could not believe it when she found out about the accident.

"I told the police, you must have got it wrong. How could he be in that car? He told me he was going to his friend's house. He didn't tell me he was going anywhere else," Mrs Teo told ST, holding back tears.

"He was so young. Such a good child and he is just gone like that. He went out one night and he never came back...

"I keep hoping this is not real. That night, we left our front door open, hoping he would come home and call me 'mum' once more. If he had come home, it would have all been fine."