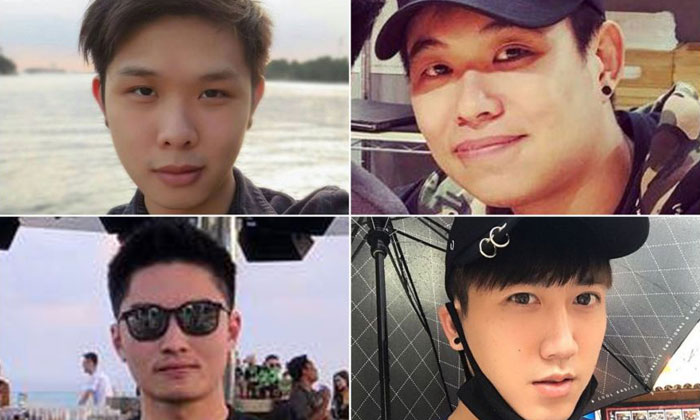 The six victims of a fatal crash in Tanjong Pagar on Saturday (Feb 13) had one common link - all had at one time worked as representatives for Aviva Financial Advisers.

Of the five men who died, four were financial advisers at the firm. They are: Mr Jonathan Long and Mr Eugene Yap, both 29, Mr Elvin Tan Yong Hao, 28, as well as Mr Teo Qi Xiang, 26.

The four were in a BMW M4 coupe with Mr Gary Wong Hong Chieh, 29, who was a former representative for Aviva Financial Advisers, when the car slammed into the front of a vacant shophouse and burst into flames at about 5.40am.

The driver of the white BMW is believed to be Mr Long.

His girlfriend, Ms Raybe Oh Siew Huey, 26, suffered severe burns after trying to save the men and is now in a critical condition.

She had also worked for Aviva Financial Advisers before she became an air stewardess.

In a statement to The Straits Times, Aviva Financial Advisers said it was saddened to learn that those who died in the crash were either current or former representatives.

"We wish to express our deepest condolences to their loved ones, and will assist the families in every way we can," it said.

"Grief counsellors are also being arranged to help their colleagues cope with the loss during these sad times." 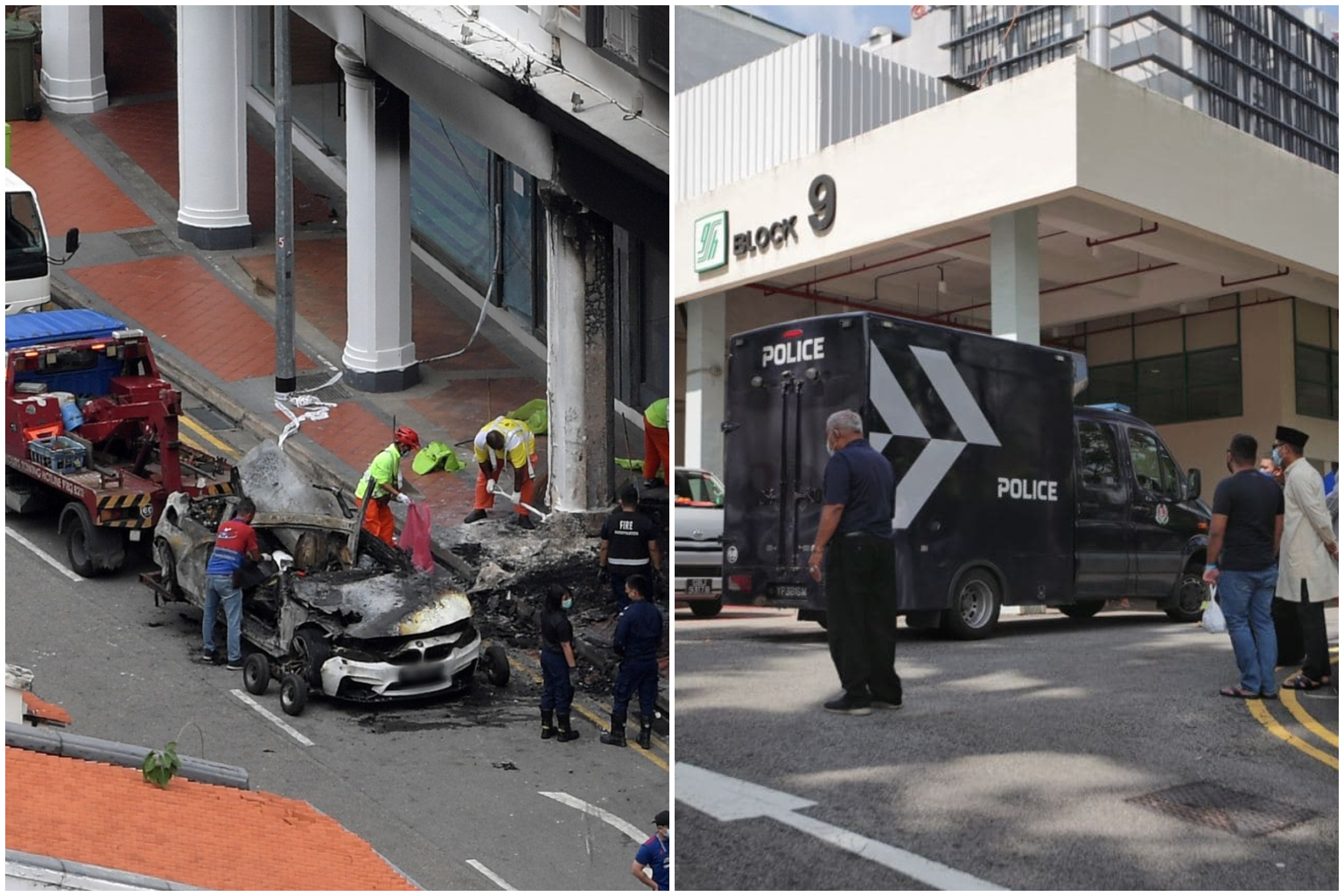 The men died when the car they were in slammed into the front of a vacant shophouse and burst into flames. ST PHOTOS: ALPHONSUS CHERN, GIN TAY

Details about those involved in the crash emerged on Saturday as messages of shock and condolences poured in from friends and family on social media.

According to past media reports, Mr Yap was a co-founder of the local bubble tea chain Bober Tea and opened the brand's first store here in June 2018 with Mr Joseph Oh and Mr Gabriel Kok.

Since then, the homegrown label has expanded in Singapore to eight outlets, with franchises also opening in Manila and California.

Mr Yap's Instagram profile also said that he was a wealth manager with Aviva Financial Advisers.

Social media posts showed that he and Mr Long had taken a trip to the United States together in February last year. He was also pictured with sports cars and supercars in some of these posts.

Mr Long worked for Aviva Financial Advisers as a senior financial services manager, according to his social media profiles which have been taken down. Mr Long, who graduated from RMIT University at the SIM Global Education campus with an economics and finance degree, can also be seen posing with sports cars, including a blue BMW, in some of his photos.

Mr Wong was long-time friends with Mr Long and Mr Tan. He had studied IT at the Singapore Management University before starting a career in financial services.

A 2019 Instagram post showed that he had also worked for Aviva Financial Advisers then, and had received certificates of achievement signed by Mr Long.

According to his social media posts, Mr Wong was also involved in volunteer work during the Covid-19 pandemic last year.

In May, he wrote on Facebook that he and Mr Long had bought thousands of face masks for distribution to needy families.

"Packing everything was really tiring but it will be worth it after all. Stay safe everyone, Covid-19 will be over sooner or later," the caption read.

A Facebook user, who identified herself as Mr Wong's sister, said on Saturday that her brother had a big heart, cared for his family and loved to help the needy.

"But this morning, God took him away from us," she wrote.