'He cheated on me over and over again, was accused of molestation during my pregnancy, and hit me when we quarrelled' 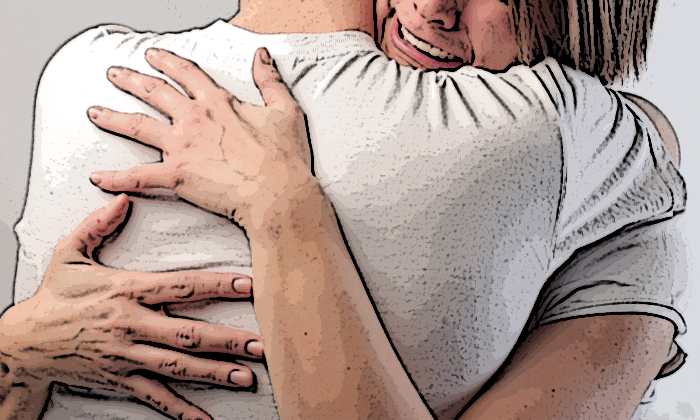 Through open communication and sheer determination, this couple worked through his infidelity and emerged stronger. As told to Simply Her writer Siow Yeun Ching:

"I found out that Peter was having an affair with his colleague, Susan*, when her husband, John*, came knocking at our door after my husband had left for work. John said he'd hired a PI to follow his wife and that Susan was spending almost all her time with Peter. He also claimed his wife was in love with my husband.

"John said he'd asked Peter to stop seeing his wife and warned him that he'd tell me about their affair otherwise. But my husband didn't keep his promise. I was devastated when John broke the news to me because I didn't think my husband was capable of hurting me that way.

"Later that morning, I confronted Peter outside his office. He denied he'd been unfaithful and assured me that Susan was just a friend. I believed him, but I told him he'd better clear up the misunderstanding between Susan and her husband.

"Six years into our marriage, Peter quit his engineering job to start his own business. He threw himself into networking and went out at least three nights a week. When I pointed out that his constant late nights would take a toll on his health, he insisted he needed to be out there making new business contacts. Before this, he rarely went out after work, preferring to stay home with me.

"Our marriage was more or less smooth, but on hindsight, I remember wondering about Peter's fidelity on several occasions. The signs were all there - I just refused to acknowledge them. He began staying out later, and a couple of nights, he didn't come home at all. When I walked into his study once, he hurriedly closed his laptop without shutting the machine down properly. Even though I was suspicious, I didn't think to question him.

"On Valentine's Day, I sent my husband a bouquet of flowers - to his office. It was my way of telling Susan that my husband and I were still close. A few months after that, Susan resigned and Peter told me that they were no longer in contact. I was relieved."

A TURN FOR THE WORSE

"But as weeks turned into months, Peter spent more nights out, often using his clients as an excuse. I could never reach him on his phone because he wouldn't take my calls.

"Things got worse when I fell pregnant with my second son. I was weak and nauseous throughout most of the pregnancy, but Peter didn't seem to care. Over the next few months, I became increasingly isolated and resentful. I could not communicate how I was feeling though, and I never confronted him, because I was just too exhausted.

"Then one morning at about 4am, I received a call from his friend, who informed me that Peter had been accused of molestation and was in police detention. I drove straight to the police station. I was seven months pregnant.

"By the time Peter was released that afternoon, I was feeling confused and horribly insecure. I lashed out at him about his drinking and his staying out late, and accused him of being distant. I told him I couldn't believe I'd married a molester. Peter denied the charges and said he'd been wrongly accused.

"Strangely, after the argument, we began communicating more, and for a while, Peter really did seem to care for me again.

"But during my confinement month, after my second boy was born, we were back to where we started. Peter was spending all his free time with his friends and co-workers, and I felt excluded from his life. Every time I asked him where he was going, he would get angry. And when we quarrelled, he sometimes even pushed or hit me."

"I knew that something was up with my husband, so I hired a PI to follow him. On the night of the World Cup final, Peter told me he was going out to watch the match with the guys and would only be home at 6am the next morning.

"The PI followed Peter that night and confirmed my suspicion that he was still seeing Susan. I called Peter and broke down. He denied any wrongdoing and lied that he only went out with a female client.

"I was devastated that Peter was still lying to me. When I told him that I knew he went out with Susan, he became quiet. The fact that he'd been seeing her behind my back for so many years made the situation even more unbearable. Then, within seconds, shock and hurt gave way to anger. I told him I wanted a divorce because he'd been lying to me for five years.

"Peter pleaded with me, saying he still wanted the marriage. His regret was palpable and seemed entirely heartfelt - and it was enough for me to believe just how very sorry he was. Peter assured me that he still loved me and wanted the family to be together. My mother-in-law and my dad also urged me to forgive Peter."

TO SAVE A MARRIAGE

"I decided not to go ahead with the divorce. We'd invested too many years and too much love in each other - to say nothing of the two beautiful sons we created. So when Peter promised to stop seeing Susan, something told me that, this time, he meant it.

"I was willing to do whatever it took to save our marriage. I sought counselling at a family centre and started reading self-help and relationship books so I would feel more empowered. I didn't blame myself for Peter's infidelity, but I did wonder if I could have been a better wife. I realised that I might have taken my husband for granted because it had been a long time since I last showed him any appreciation. I also complained constantly about things and took my frustration and stress out on him.

"Peter pleaded with me to stay in the marriage. I reassured myself that since he wasn't willing to let me go, it meant we could still work on our relationship. I knew he wasn't going to change overnight and that I had a lot to work on personally too.

"Peter noticed that I was making a real effort to save our marriage. I stopped questioning his whereabouts. Instead of complaining all the time, I focused on all the good things I had going for me. I tried my hardest to be a nicer person - less confrontational and argumentative.

"A few months later, I got pregnant with my youngest son. By then, Peter had cleaned up his act - no more late nights away from the family. He also took the initiative to plan our family holidays. We spent his birthday overseas together, which was unusual because it'd been five years since he celebrated his birthday with me and the kids.

"Gradually, my marriage turned around. Today, a year on, my relationship is stronger, and I'm happier than I've been in years. I no longer spend every day thinking, 'How can I make him love me?' Now that I'm not consumed by anxiety, I'm able to move on with my life, and that's deeply liberating.

"Now, every time Peter goes out, I know where he goes and who he's with. And if I were to call him, he'd pick up the phone. I believe my marriage was worth saving because he also put in the effort.

"I have forgiven my husband and believe he deserves a second chance. I also recognise my own mistakes."

Related Stories
"I found out my husband was sleeping with social escorts and having cybersex with other women"
'My wife refuses to have sex with me, I think she's cheating on me with our relative'
7 years of marriage and 3 kids -- but my cheating husband has been lying to me long before that
'I slept with a relative and now I can't end the affair'
'My cheating husband brought our daughter to meet his mistresses'
'My husband cheated on me, so I got back at him by having an affair too'
'My husband was having an affair with my friend and her hubby told me'
More About:
cheat
cheating
pregnant
molest
couple
relationships
confession