Police officer escorts elderly man back home -- and finds 8,000kg of trash in his HDB flat 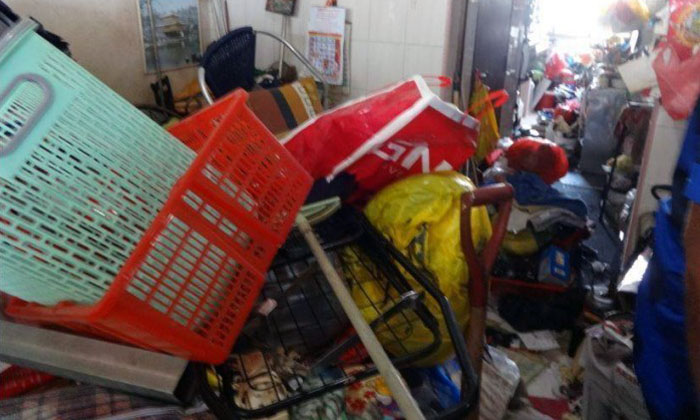 When a police officer escorted an elderly man who appeared to be lost back home, she made a startling discovery.

But what the officer did after making the shocking find earned her and her teammates praise from Minister Grace Fu, and won them a Municipal Services Award.

The Minister for Culture, Community and Youth praised the Singapore Police Force (SPF) and the various agencies and organisations who helped the elderly man and his family.

The minister detailed in a Facebook post that upon escorting him back to his flat, Staff Sergeant (SSgt) Koh Seo Kuan discovered that the flat was filled with discarded items from cardboard scraps to plastic bottles.

Cockroaches were scurrying around the unit, and SSgt Koh realised that the elderly man and his family required immediate assistance.

She alerted her fellow officers from the Singapore Police Force, who coordinated help for the family.

It reportedly took 14 people, 10 hours and five containers to clear the 8,000 kg of trash that was found in the elderly man's flat.

After two weeks, the flat was made habitable for the family.

The family was also linked up to other community agencies for social support.

"Our SPF colleagues had gone beyond their call of duty to help this family," said minister Grace Fu in her post.

"Their dedication and compassion are an inspiration to all our officers.

The joint team from the various agencies and organisations won a Municipal Services Award 2016.