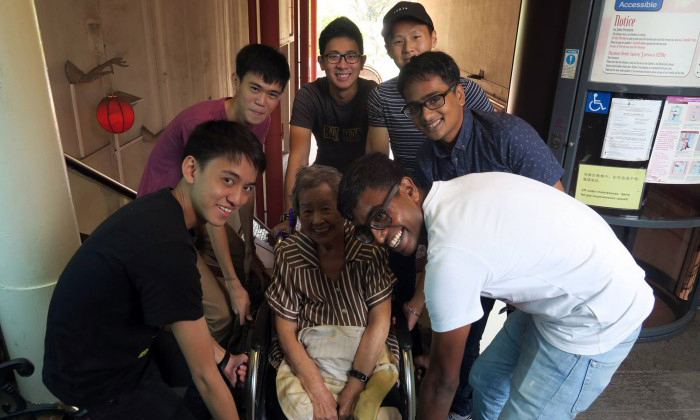 These Republic of Singapore Armed Forces (RSAF) soldiers will most definitely restore your faith in humanity.

Singapore's Minister for Defence Dr Ng Eng Hen recently made a Facebook post to praise the group of SAF soldiers for helping an elderly woman.

The minister shared an email that a woman named Madam Loh Ngiuk Lan had sent to the RSAF, in which she detailed what happened that day.

The woman and here wheelchair-bound mother-in-law had gone to Swatow Restaurant at Toa Payoh on Oct 8.

But they were unable to get to the restaurant as the lift was not working and the only way up was a flight of stairs.

As they were discussing what they should do net, six soldiers from Sembawang Air Base came to their aid.

"They carefully carried my mother-in-law in her wheelchair and brought her safely up the flight of stairs to reach the restaurant," said the woman in her letter.

The six soldiers even told the two women to call them when they were done with their meal, and they would return to carry the elderly person down the stairs.

Madam Loh added such a civic-minded act of kindness should be applauded.

Dr Ng also praised the young men in his post, stating that it was good to see soldiers showing care and concern for the residents.