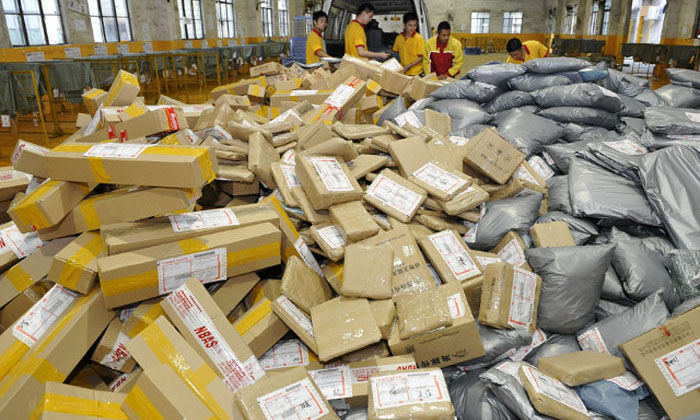 A catering company in Chongqing, China, has an unusual way of showing concern for workers. It refuses to give them their money.

Today (Nov 11) is Singles' Day in China, the biggest shopping bonanza of the year, reports Shanghaiist.

This year's Singles' Day promises to be the biggest shopping day in 5,000 years of Chinese history.

However, workers at this company will not be able to take part in the historic spending frenzy.

The company's 31-year-old general manager said that employees will all get their paychecks next month.

This is to stop them from spending all their money on shopping online during the holiday.

The company notified workers of this controversial decision through a notice glued to a board beside the entrance to the building.

The notice explained that the company's management was saving them from themselves.

It wanted to do so to preserve a harmonious home and work life for their employees, Tencent reports.

The general manager explained that he was speaking from experience on the potential dangers of Singles' Day.

The manager added that the average age of workers at the company is 25.

He had noticed employees had begun picking out things they were planning on purchasing on Singles' Day.

He got worried that their paycheck would actually end up ruining their lives and negatively affecting their work.

So, he decided that he had no choice but to give them their money in December instead.

However, he also clarified that if employees were in desperate need of funds, he would gladly pay them their wages this month.