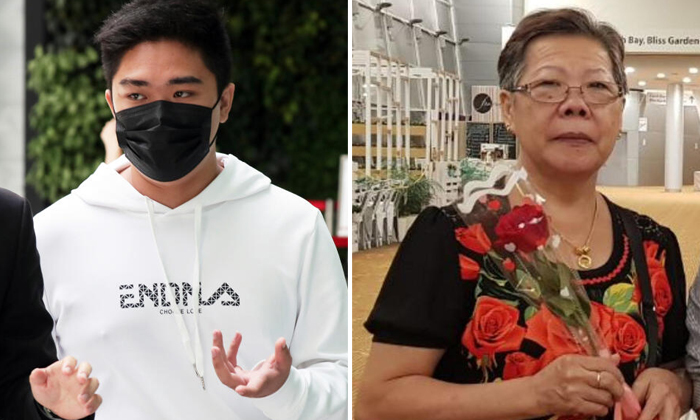 Shaffiq Alkhatib
The Straits Times
May 20, 2021

An e-scooter rider who was riding a non-compliant device when it struck an elderly cyclist in 2019, causing fatal injuries, was sentenced on Thursday (May 20) to 12 weeks' jail.

The Singapore permanent resident had also admitted to one count of riding a non-compliant personal mobility device (PMD) on a public path, an offence under the Active Mobility Act.

Another charge for riding an unregistered PMD on a public path was considered during sentencing.

Before handing down the sentence on Thursday, Principal District Judge Victor Yeo noted that this was the first case in which a PMD user caused the death of another person by riding in a rash manner.

The judge also said that Hung's riding was "reckless" and that he had done so at an "excessive speed".

Deputy Public Prosecutor Dillon Kok had earlier said Hung's e-scooter was "grossly non-compliant", stressing that its weight, maximum speed and width exceeded the restrictions imposed on PMDs under the law.

For instance, it weighed 44.2kg, more than double the permitted weight of 20kg.

He added: "This means that the accused was fully aware at the time of purchase that the e-scooter was non-compliant and cannot be used on public paths."

Hung was riding the e-scooter on a cycling path near Block 539 Bedok North Street 3 at a speed estimated to be between 27kmh and 43kmh shortly before the collision occurred at around 10.20pm on Sept 21, 2019. The speed limit on cycling paths is 25kmh.

Hung did not reduce his speed despite encountering rumble strips, which are raised grooves to indicate potential hazards and alert riders to slow down.

At around the same time, Madam Ong, 64, was riding her bicycle perpendicularly across the path towards a nearby zebra crossing.

Hung had noticed the logistics assistant packer entering the path even though a signboard partly obscured his view.

Despite this, he failed to stop in time because of the speed at which he was travelling. The front of his e-scooter struck Madam Ong's bicycle and she was flung to the ground.

Passers-by who rushed to the scene found her unconscious and bleeding from her head.

Hung and Madam Ong were taken to the hospital, where she was found to have suffered multiple injuries, including to her brain, ribs and face.

She went into a coma and died four days later.

For causing Madam Ong's death by a rash act, Hung could have been jailed for up to five years and fined.