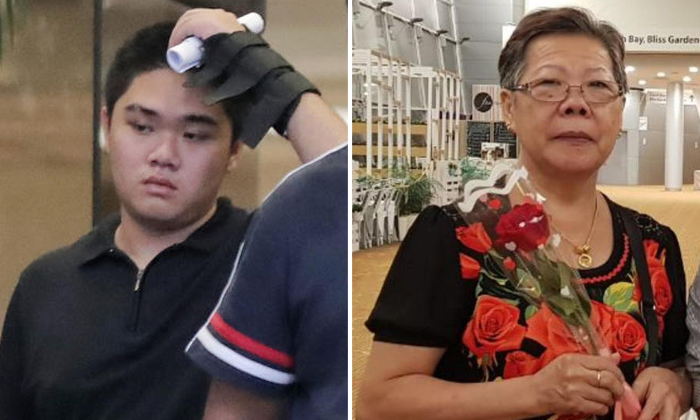 An e-scooter rider appeared in court on Monday (Nov 11) over his alleged involvement in an accident in Bedok North that killed a cyclist in September.

Hung was allegedly riding an e-scooter at speeds of at least 26kmh to 28kmh on a cycling path near Block 539, Bedok North Street 3 at around 10.20pm on Sept 21 when it struck Madam Ong.

She was then cycling to her home in Chai Chee Street after attending a wake.

According to the Active Mobility Regulations 2018, the maximum speed for PMDs cannot exceed 25kmh under all circumstances.

Hung is also accused of riding an unregistered PMD.

It is said to have weighed 44.2kg with a handle bar that measured 72.5cm. It was more than double the permitted weight limit of 20kg.

Madam Ong, who suffered a serious brain injury, as well as fractures to her ribs and collar bone, was unconscious when she was taken to Changi General Hospital.

She fell into a coma and died four days later.

Friends and family had described Madam Ong, a widow with two children and two grandchildren, as a helpful and well-respected woman.

After the incident, a petition on change.org calling for the ban of PMDs and e-bikes gained traction.

There were 228 reported accidents involving PMDs on public paths in 2017 and last year, with 196 of them resulting in injuries.

Since Nov 5, e-scooters have been banned from footpaths.

This is the latest and toughest measure yet to address public safety concerns surrounding their use.

Those caught flouting the rules can be fined up to $2,000 and jailed for up to three months if convicted.

From now until the end of the year, the authorities will mainly issue warnings to errant riders, but a zero-tolerance approach will be taken from next year.

The ban means that e-scooters will be confined to 440km of cycling paths islandwide, instead of the 5,500km of footpaths riders could use before.

If convicted of causing a death by rash riding, he can be jailed for up to five years and fined.