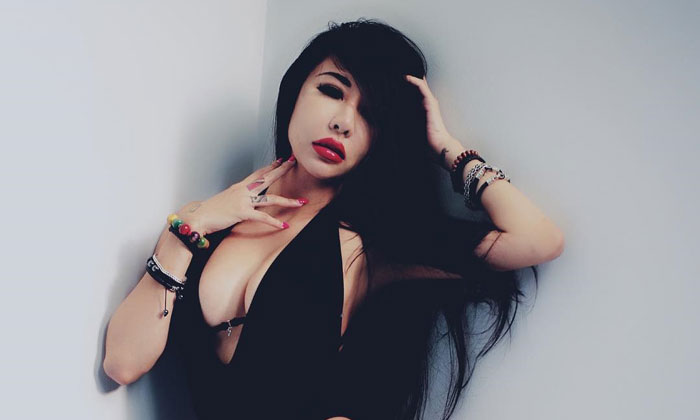 The former FHM Singapore and Playboy Thailand cover girl, whose full name is Debbie Valerie Tenashar Long, now 35, was earlier sentenced to 18 months' jail in 2019 for offences including drug consumption.

The Singaporean is currently accused of six counts of failing to report for a urine test to detect drug use after her release and one count of leaving Singapore without a supervision officer's approval.

She is also said to have unlawfully recorded a video at an office of the Central Narcotics Bureau (CNB) in Jurong Police Divisional Headquarters - a protected place - on two occasions.

Long, who is in remand and not represented by a lawyer, has 10 other pending charges which will be dealt with at a later date.

On the first day of her trial on Wednesday, the court heard that she allegedly committed her latest string of offences while she was serving a remission order following her earlier release in 2019.

Under the order, she was supposed to stay out of trouble between May 29 and Nov 25 that year.

Despite this, she allegedly breached the order by leaving Singapore on July 4, 2019, without a supervision officer's approval.

Long is also accused of using the camera function of her laptop computer to record a video in CNB's office at the Jurong Police Divisional Headquarters on July 16, 2019. She allegedly did this at 6.36pm while standing in the corridor of the second-floor office and is said to have committed the same offence two minutes later.

Long is also said to have repeatedly failed to turn up for her urine drug test at the headquarters between July 22 and Sept 16, 2019.

For each count of failing to report for a urine test, an offender can be jailed for up to four years and fined up to $10,000.