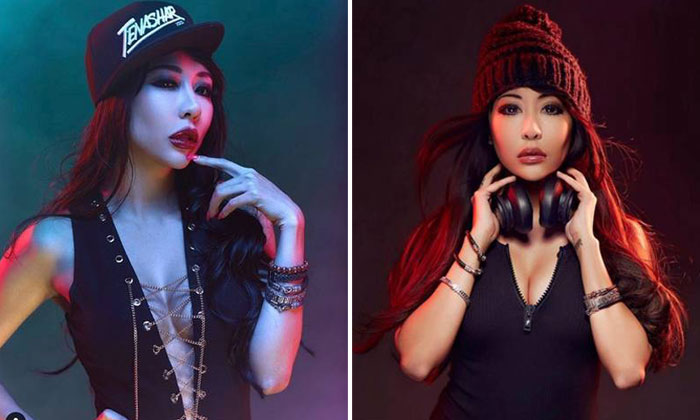 Hours before local DJ Tenashar was arrested for trespass on July 7, she had sent messages to her Facebook friends, asking for money and supplies.

In screenshots of the messages shared with Stomp by a Stomper, Ms Debbie Valerie Tenashar Long said she needed "urgent help", claiming she had moved into a house along Edgeware Road.

She said she needed $500 and that she only had $4 and a bottle of water with her. She added that she had taken toilet paper from a maid next door.

The 33-year-old said in the text messages: "I need a skeleton key for the padlocks because my family hasn't passed me the padlock keys yet.

"I only have the mail keys."

She pleaded, " I hope you can help me out ONE LAST TIME".

It was previously posted that the celebrity DJ had been arrested twice in three days - for drug offences in Johor, then trespass and drug-related offences in Singapore.

In a police report she made, she alleged that she had been kidnapped robbed and beaten in Johor on July 4.

On July 12, Ms Long posted a photo of herself on Facebook with the caption: "Trolled the press with #FakeNews.

The former FHM cover girl was sentenced to 18 months' jail after pleading guilty to drug possession and consumption - serving around 12 months of it including time spent on remand.

Around two weeks after her release from prison, Ms Long made several complaints to the Central Narcotics Bureau (CNB) including accusing one of its officers of brushing off her messages and calls despite her attempts to get him to further investigate while she was overseas.

The CNB is currently looking into these allegations.