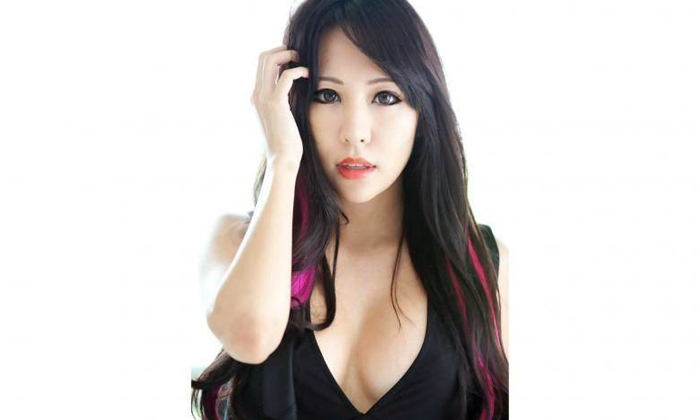 Local model and club DJ Tenashar, who fled the country while out on bail for drug offences, was jailed for 18 months on Tuesday (March 26).

The former FHM Singapore cover girl, whose full name is Debbie Valerie Tenashar Long, was found to have traces of drugs, including cocaine, in her urine sample in 2015.

She absconded in November that year, before returning in May 2018 after her passport expired. She was arrested upon arrival.

The 33-year-old mother of a 12-year-old girl had pleaded guilty to consuming benzoylecgonine, a major metabolite of cocaine and psilocin - a substance found in most psychedelic mushrooms.

Acting on information, Central Narcotics Bureau (CNB) officers first arrested Long for drug-related offences at the arrival hall of Changi Airport Terminal 1 at around 10.20pm on Oct 28, 2015. She had just returned from a two-week trip to Amsterdam, the court heard.

Officers took her to a CNB office at Bedok Police Divisional Headquarters where she gave urine samples that were later found to contain traces of benzoylecgonine and psilocin.

Officers searched her luggage and found two containers labelled "Psilocybe Atlantis Forbidden Fruit". They contained about 42g of a substance which was found to contain psilocin.

Investigation revealed that Long had bought the drug in Amsterdam and intended to consume it.

Officers escorted Long to her apartment at The Quayside condominium in Robertson Quay at around 3am on Oct 29, 2015, and found an Erimin-5 tablet.

The DJ was then taken to the Police Cantonment Complex for further investigations before she was released on bail.

However, she left Singapore on Nov 15, 2015, despite knowing that she had to report back to the CNB.

On Tuesday, DPP Wuan urged District Judge Kessler Soh to sentence Long to at least a year and 10 months' jail, stressing that she had absconded while out on bail.

Defence lawyer S.S. Dhillon pleaded for his client to be jailed for not more than a year and four months.

He told Judge Soh that Long had used her status as a celebrity DJ to raise funds for charitable causes, including donating her performance fees in 2014 to help earthquake victims in Nepal.

News of her drug-related offences first made the headlines in April 2016 when The New Paper reported that Long and her then boyfriend, Mr Thorsten Nolte, who is in his 40s, were wanted by the CNB.

She had earlier told TNP that she had been dating the Englishman since February 2015 after he separated from his wife, local celebrity Jamie Yeo.

Mr Nolte was not mentioned in court documents on Tuesday.

For each drug consumption charge, Long could have been jailed for up to 10 years and fined up to $20,000