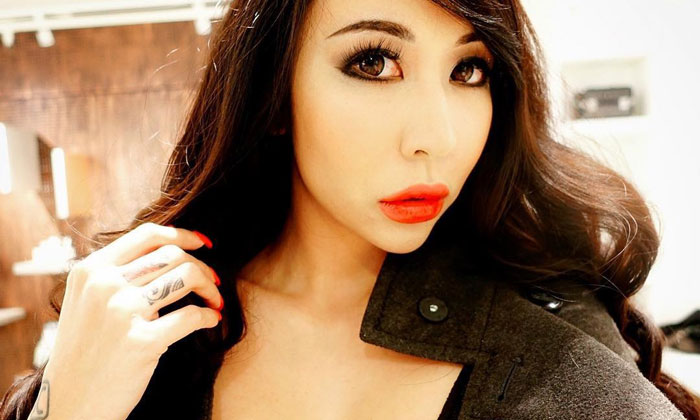 Celebrity DJ Tenashar, who faces drug-related charges, is now accused of other offences, including stealing a blue hospital gown at Ng Teng Fong General Hospital and using a stolen access pass to trespass into areas meant only for its staff.

The former FHM Singapore cover girl, whose full name is Debbie Valerie Tenashar Long, appeared in a district court via video-link on Tuesday (June 16) to face the additional charges.

The 34-year-old Singaporean was released from prison last year over drug offences in 2015.

But she appeared in court again in March this year to face new charges after she allegedly failed to turn up for urine tests several times.

On Tuesday, the court heard that she allegedly stole the hospital gown on June 21 last year.

She is also accused of stealing a visitor pass from a security desk at the hospital at around 1.25am that day.

She is said to have used a stolen access pass to go into a "staff only" passageway at the hospital's Tower C about 20 minutes later.

She then allegedly entered another staff-only passageway at Tower B.

Long is also accused of trespassing on a property in Edgware Road near Seletar Aerospace Way at around 10am on July 7 last year.

At 6.55pm that day, she is said to have entered another property in nearby Sussex Garden, where she allegedly stole ice cream worth $32.

She is accused of going into a second Edgware Road property about 10 minutes later.

Court documents did not state why she allegedly committed the offences at the hospital and in Seletar.

On July 16 last year, Long was in a Central Narcotics Bureau (CNB) office within the Jurong Police Division Headquarters at around 6.40pm when she allegedly used a laptop computer to unlawfully record videos at the protected area.

She is also accused of two counts of making "insulting communication" towards a senior CNB officer at around 3pm on Oct 15 last year.

She allegedly sent him e-mails stating: "If you don't do your job, what's the point of being paid? I think they should also look into your work performance, don't you think?

"I think inefficiency in the CNB from you needs to be investigated as well. I think you're costing the Singapore Government too much money. Let's look into that."

She is also said to have failed to report her change of home address to a registration officer within 28 days after she moved from a house in Westwood Crescent near Jurong West Avenue 5 in 2012.

Court documents did not reveal details about her current home.

Long was on March 26 last year sentenced to 18 months' jail after pleading guilty to consuming benzoylecgonine, a major metabolite of cocaine and psilocin, which is a substance found in most psychedelic mushrooms. She also admitted to possessing psilocin.

One charge of possessing an Erimin-5 tablet was considered then during sentencing.

According to earlier news reports, Long was the first Singaporean to be featured on the cover of Playboy Thailand magazine in October 2013.

She was the only solo female DJ to make the list that year.

On Tuesday, the court heard that Long intends to claim trial to her charges. Her pre-trial conference will be held on July 13.

If convicted of trespassing at the hospital, she can be jailed for up to three months and fined $1,500 for each charge.

For each count of theft, an offender can be jailed for up to three years and fined.