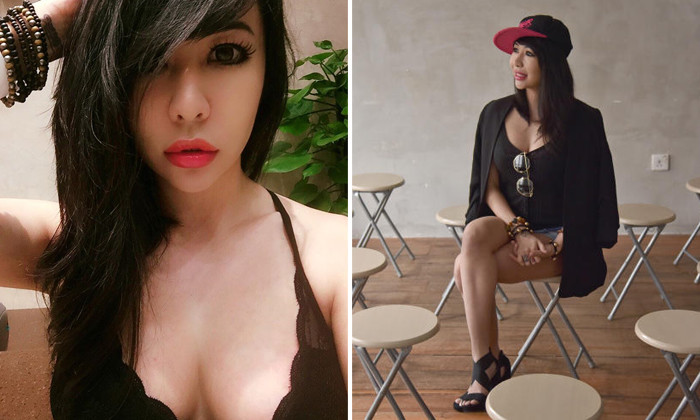 Celebrity DJ Tenashar, who was released from prison last year for drug offences in 2015, was back in a district court yesterday to face new charges after she allegedly failed to turn up for urine tests several times.

The former FHM Singapore cover girl, whose full name is Debbie Valerie Tenashar Long, was handed five charges in all.

After her earlier release, the 34-year-old Singaporean was subjected to a two-year supervision order with effect from May 28 last year.

But on July 4 last year, she allegedly left Singapore without the approval of a supervision officer.

Court documents did not state where she went to.

As part of the order, she also had to go for urine tests.

But on three occasions between July 22 and 29 last year, Long allegedly failed to present herself to a duty officer at the Jurong Police Division headquarters for the tests.

She is also accused of one count of attempted cheating by personation.

On Dec 16 last year, Long allegedly sent an e-mail, purportedly by a Ms Ann Elizabeth, head of department of the Singapore Association of Social Workers, to the Immigration and Checkpoints Authority (ICA).

According to court documents, Long had allegedly sent the e-mail to induce an ICA officer into allowing her to collect her passport.

Long was earlier sentenced to 18 months' jail on March 26 last year after pleading guilty to consuming benzoylecgonine, a major metabolite of cocaine and psilocin - a substance found in most psychedelic mushrooms.

One charge of possessing an Erimin-5 tablet was then considered during sentencing.

Earlier news reports stated that Long was the first Singaporean to be featured on the cover of Playboy Thailand magazine in October 2013.

She was the only solo female DJ to make the list that year.

Long was offered bail of $15,000 yesterday and she will be back in court on April 3.

Offenders convicted of cheating by personation can be jailed for up to five years and fined.

If convicted of failing to present herself for drug tests, Long can be jailed for up to four years and fined up to $10,000 for each charge.

Related Stories
DJ Tenashar pleaded with FB contacts for money and supplies hours before being arrested for trespass at Edgeware Rd
Celebrity DJ Tenashar arrested twice in 3 days for suspected drug offences after claiming to have been kidnapped, robbed and beaten
Model-DJ Tenashar who fled Singapore while out on bail for drug offences gets 18 months' jail
Singaporean model-DJ Tenashar facing charges for taking and importing drugs
More About:
DJ
celebrity
entertainment
court
drugs