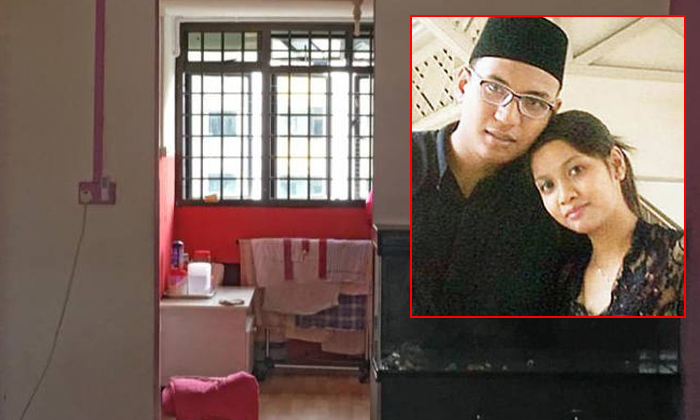 The parents of a five-year-old boy who are on trial for abusing and murdering him have chosen not to take the witness stand to testify - a move that the husband's lawyer said was an "overall strategic decision".

Ridzuan Mega Abdul Rahman and his wife Azlin Arujunah, both 27, are accused of scalding their son to death and other acts of abuse, including confining the boy in a pet's cage and pinching him with a pair of pliers.

During the trial, which began on Nov 12, the court heard that in the week before the boy died from scald injuries on Oct 23, 2016, the couple splashed hot water on him on at least four occasions.

On Wednesday (Nov 27), High Court judge Valerie Thean called for the couple to give evidence in their defence, after finding that the prosecution had made out its case against them.

Justice Thean told the pair that if they elect to take the stand, they are liable to cross-examination; if they remain silent, the court can draw an adverse inference against them in deciding whether they are guilty or not.

Azlin told the court in English: "I do not wish to testify, Your Honour."

Ridzuan, through a Malay interpreter, also said he wished to remain silent.

Numerous police statements taken from the couple, in which they admitted the acts of abuse, have been admitted into evidence by the prosecution.

Their choice not to take the stand means that the only witnesses testifying for the defence would be their respective psychiatrists.

Azlin's psychiatrist, Dr Jacob Rajesh, had stated in a report that she was suffering from an adjustment disorder with depressed mood, while Dr Ken Ung had diagnosed Ridzuan with attention deficit hyperactivity disorder, intermittent explosive disorder and hypnotic use disorder.

During the proceedings on Wednesday, Deputy Public Prosecutor Tan Wen Hsien brought to the court's attention a recent decision by Chief Justice Sundaresh Menon in a case involving a woman appealing against her sentence for maid abuse.

In that case, the woman, Anita Damu, 51, produced psychiatric reports stating that she heard voices that caused her to commit the offences, but she herself did not testify on this assertion.

The DPP noted that Chief Justice Menon said the psychiatric evidence cannot form the basis for the court to reach a conclusion as to whether Anita heard voices and that the "best evidence" was her own testimony.

Azlin's lawyer, Mr Thangavelu, and Ridzuan's lawyer, Mr Eugene Thuraisingam, objected to this case being raised, saying it was inappropriate and irrelevant.

The DPP said she highlighted the case so that Azlin and Ridzuan understand the consequences of remaining silent while relying on psychiatric evidence.

"If they choose to take this course, they have to lie where they make their bed," she said.

Both defence counsel said their clients had been given legal advice.

"There are reasons why people take the stand or not," said Mr Thuraisingam. "It's an overall strategic decision."

Taking the stand, Dr Rajesh said Azlin was facing multiple stressors in 2016 – her grandmother and mother died within months of each other, while Ridzuan had an extramarital affair and disappeared for three weeks in April, leaving her alone with their children.

As a coping mechanism, Azlin abused methamphetamine, which can cause irritability, he said. Azlin, in explaining her behaviour towards the boy, told Dr Rajesh that the boy was very naughty, told lies and stole milk powder.

She also said that as Ridzuan physically abused her, she directed her anger towards the boy, who bore a strong resemblance to his father.

The psychiatrist added that there was a lack of bonding between Azlin and the boy, who was fostered out shortly after his birth to her close friend and returned to his parents when he was four years old.

Related Stories
Parents on trial for son’s murder: Mother says she was abused as a child and also by her husband
Man in murder trial burned son's palm with heated spoon to punish him for "thieving hands"
Couple charged with son's murder: Scalded 5-year-old had dirty wounds with "a lot of black debris"
Woman accused of murdering 5-year-old son: 'How can I kill a child? Look at my small body'
Couple charged with murder: 5-year-old pinched with pliers, kept in cat cage, had burns on 70% of body
More About:
court
abuse
child
child abuse
death
couple
urder