Couple charged with murder: 5-year-old pinched with pliers, kept in cat cage, had burns on 70% of body 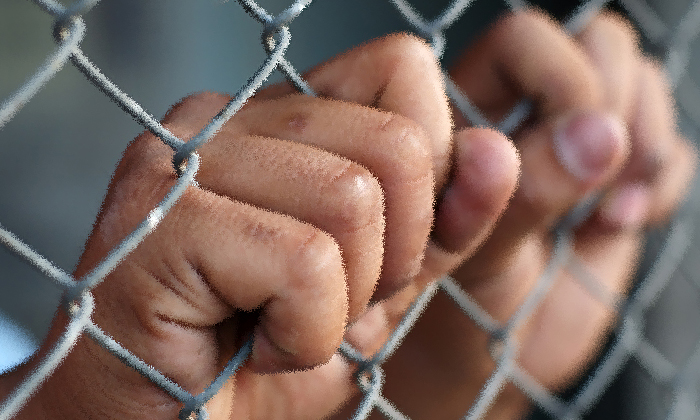 In the months leading to his death in October 2016, a five-year-old boy was subjected to all kinds of abuse, including being confined in a cage meant for the family's pet cat.

He was also pinched with pliers on his thighs and buttocks, hit with various objects - including a broom and hanger - and was scalded with hot water.

These acts of physical and psychological abuse were allegedly inflicted by his own parents, from July 2016 until his death on Oct 23 that year.

When the boy finally collapsed from his injuries that included severe burns across 70 per cent of his body, the couple allegedly delayed sending him to the hospital for six hours.

Azlin Arujunah and Ridzuan Mega Abdul Rahman, both 27, did this out of fear that they would get into trouble for child abuse.

"This is a murder as horrific as it is tragic," said the prosecution team in their opening statement on Tuesday (Nov 12) in the High Court, on the first day of the trial.

"Leaving aside the physical abuse he suffered, one cannot imagine the pain and torment the deceased must have endured in the months leading up to his death. He was tortured to his death, and had no one to turn to," they added.

The married couple each faces the charge of murder with common intention, which carries the death penalty.

They are also facing charges relating to the ill-treatment of the child and voluntarily causing hurt by means of a heated substance.

The court heard that the boy was fostered out shortly after his birth and lived with his foster family from around March 2011 until May 2015, when he was returned to the couple.

From June 2016, he suffered abuse allegedly at the hands of his parents while living with them and his siblings in a one-room flat in Toa Payoh.

In August that year, the boy developed a limp as a result of a misaligned kneecap he sustained after his mother Azlin allegedly hit him repeatedly with a broom over biscuits she found scattered on the kitchen floor.

In the week leading up to his death - between Oct 15 and 22 that year - the boy was scalded with multiple cups of hot water on at least four occasions, causing him to suffer from severe scald injury that led to his eventual death.

The day before he died, the boy was hit on his head, hands and legs allegedly by Ridzuan, the father, using a broom, because he had refused to take off his shorts to grab a shower.

Ridzuan then allegedly threw several cups of hot water at his son's legs and body, causing the child to shout "don't want, don't want" in Malay.

The prosecution team said the boy crouched over as Ridzuan poured hot water over his son's back and calf area, and the child fell forward onto the bathroom floor and stopped moving.

Upon his admission to KK Women's and Children's Hospital, the boy was found to be in a critical condition with symptoms such as low body temperature and low blood pressure.

He also had second- to third-degree burns across up to 70 per cent of the body, dehydration, acute kidney injury, multiple facial wounds and a broken nose, and demonstrated isolated speech delay.

Associate Professor Loh Tsee Foong, a senior consultant of the hospital's Children's Intensive Care Unit, testified in court on Tuesday that the boy also had severe anaemia that was "almost life threatening", suggesting significant blood loss over a period of time.

Prof Loh added that while he was told that the child had been playing with a kettle when it fell over him, he found the injuries to be "very suspicious" and did not appear to be accidental.

Despite the hospital's efforts to resuscitate him, the boy died about 14 hours later.

"The child passed away very quickly, and the nurses were very distressed. The hospital had to counsel and give some support to the nurses because they became very emotional, they couldn't believe that this could happen to a child," he said.

"The child would have suffered from an extreme amount of pain. It's quite unimaginable."

Psychiatric assessments of the couple by the Institute of Mental Health during their remand found that Azlin had been suffering from an adjustment disorder in the period leading up to the offences. She was also found to have an abnormal personality characterised by dependent and anti-social traits.

Meanwhile, Ridzuan appeared to have anti-social personality traits, but did not suffer from any mental disorder or intellectual disability. The couple were also assessed to be not of unsound mind at the time of the offences.