Couple charged with son's murder: Scalded 5-year-old had dirty wounds with "a lot of black debris" 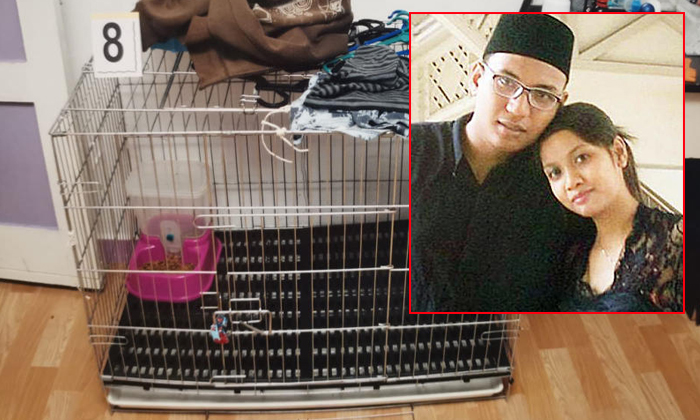 If a five-year-old boy who was scalded to death had been given medical attention earlier, his condition would not have deteriorated so easily, a burns specialist said on Friday (Nov 15) in the ongoing trial of the child's parents.

"Time is of the essence in treating extensive burn wounds," Dr Gavin Kang of the KK Women's and Children's Hospital (KKH) told the High Court when he took the stand on the fourth day of the trial.

The boy's parents, Azlin Arujunah and Ridzuan Mega Abdul Rahman, both 27, are charged with murdering their son with common intention, by inflicting severe scald injuries on him.

Each of them also faces charges for other abusive acts, including confining the boy in a pet's cage, pinching him with a pair of pliers and hitting him with a broom.

On at least four occasions between Oct 15 and Oct 22, 2016, either Azlin, Ridzuan or both of them splashed hot water on the boy.

When the boy collapsed on Oct 22, they took him to KKH - after a six-hour delay - but he died of his injuries on Oct 23.

Dr Kang, who treated the boy, testified that the boy was critically ill, with extensive burns covering about 70 per cent of his body.

"The wounds appeared dirty, with a lot of black debris, suggesting that the patient had not received immediate cleaning or medical attention after the injuries were sustained," he said.

Burns on more than 40 to 50 per cent of a person's body are considered life-threatening, said Dr Kang.

As a child's skin is thinner, the wounds would be deeper compared with an adult who suffered burns of the same temperature and duration.

Dr Kang said it was difficult to tell whether the burns on the boy were the result of a single scald or multiple episodes of scalding.

Based on the raw state of the boy's skin, he said the scald injuries were probably caused within a week of his being taken to hospital.

Also taking the stand was clinical psychologist Leung Hoi Ting, who had conducted an intellectual assessment on Ridzuan and concluded that he was not intellectually disabled, although his intelligence was "extremely low to low average".

Ridzuan's lawyer, Mr Eugene Thuraisingam, criticised her report as "erroneous" for saying that he did not show signs of attention deficit hyperactivity disorder (ADHD).

A report from a defence psychiatrist concluded that Ridzuan was suffering from ADHD, intermittent explosive disorder and hypnotic use disorder at the time.

Mr Thuraisingam said Ms Leung did not take steps to seek corroboration from Ridzuan's mother, who is in prison, on his growing-up years.

The lawyer noted that when Ridzuan was young, his grandmother called him "bodoh" (Malay for stupid), while his uncles found it difficult to understand him as he talked quickly and his sentences did not flow.

As a youngster, Ridzuan also felt happy to get zero marks for tests and examinations, which the lawyer said was something of concern.

Miss Leung replied that this could be due to Ridzuan's family background, growing up without a mother present.

The trial continues on Monday (Nov 18).

Related Stories
Woman accused of murdering 5-year-old son: 'How can I kill a child? Look at my small body'
5-year-old was "running for his life" when parents splashed hot water on him: Forensic pathologist
Couple charged with murder: 5-year-old pinched with pliers, kept in cat cage, had burns on 70% of body
More About:
abuse
child abuse
child
death
dead
court
couple
murder