11 Bishan stray cats go missing, believed to have been caught by van driver in his 20s 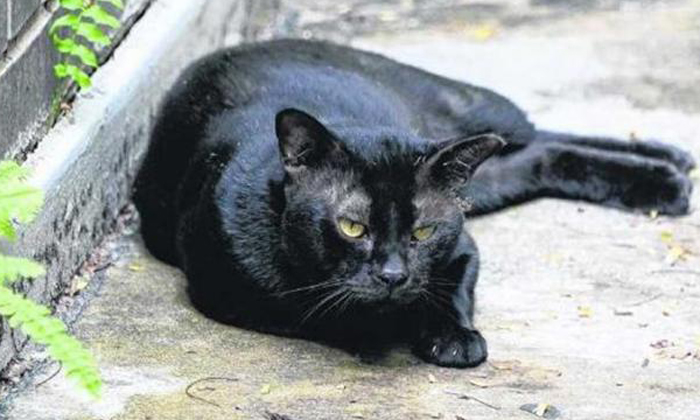 Eleven stray cats in Bishan have disappeared in the past week, believed to have been caught by an unauthorised catcher.

Nine felines were reported missing by Chinese newspaper Shin Min Daily News yesterday, and another two have since vanished.

It is believed that a van driver in his 20s caught them though his motive is not known.

"There is evidence that an unregistered, untrained cat catcher was deployed," said Ms Lau, 44.

"The name and contact number of this person have been given to the Agri-Food & Veterinary Authority (AVA) and a police report made."

She added that AVA has a set of guidelines on how pest control officers must handle and trap cats, but if unauthorised people catch the animals, "we don't know what happens to (them)".

The CWS' mediator and chief executive will be having a meeting with the Bishan-Toa Payoh Town Council tomorrow.

The felines' disappearance was noticed by caregivers.

CWS senior outreach manager Laura Ann Meranda wrote on Facebook on Aug 24 that she had received information from a caregiver that a 20-year-old male van driver had allegedly been seen chasing sterilised cats in Bishan.

A caregiver, who gave her name as Madam Hong, 70, told Shin Min that cats near Block 170, Bishan Street 12, were missing.

"Originally, there were at least five or six cats but, in this week, they all disappeared. It is so worrying," she said.

She added that she suspects the culprit to be a stranger in his 20s whom she had seen in the area recently.

Madam Hong, who then called the police, added that she used to feed the cats daily and hopes they are safe.

As of press time, the felines were still missing.

An AVA spokesman told My Paper yesterday that it has received information of a man alleged to be rounding up cats in the vicinity of Block 170, Bishan Street 12.

It is looking into the matter.

"As investigations are ongoing, we are not at liberty to reveal further details and will appreciate if the public refrain from speculation," she added.

All information shared will be kept confidential.

Related Stories
Vets claim horse was in bad shape, but stable says it was not in pain
Fish farm operator attempts to smuggle puppies into S'pore by cramming them into car's speaker box
Poor dog chained up at Penjuru Rd factory daily for at least 3 years
What kind of owner will do this? Dog left chained to wall and kept in rusty cage outside shop at Figaro Street
Outcry from animal rights groups after pregnant dog found dead -- with blue tongue and bruises
More About:
animals
cat
animal abuse
animal cruelty
missing