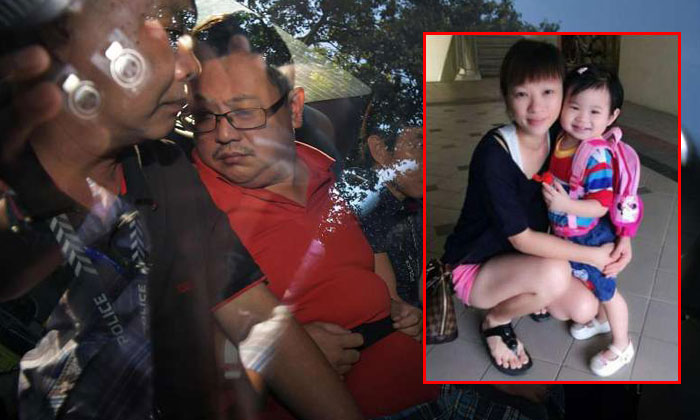 The man who was last week charged with killing his wife in their Woodlands flat appeared for the first time in court on Monday (Feb 6).

Former property agent Teo Ghim Heng, also known as Zhang Jinxing, 41, was warded in the Singapore General Hospital (SGH) where he was charged on Jan 30 via videolink with murdering his wife, Madam Choong Pei Shan, 39, on Jan 20.

He was discharged from SGH on Feb 1.

Teo showed up in court on Monday for further mention of the case. He will appear in court again on Feb 13.

His father and younger brother, who were in court on Monday, told reporters they would hire a lawyer.

The bodies of Madam Choong and her four-year-old daughter Teo Zi Ning were found in a bedroom of their flat eight days later on Jan 28, the first day of Chinese New Year.

Madam Choong, who was also known as Zhong Peishan, was six months pregnant with a boy when her body was found.