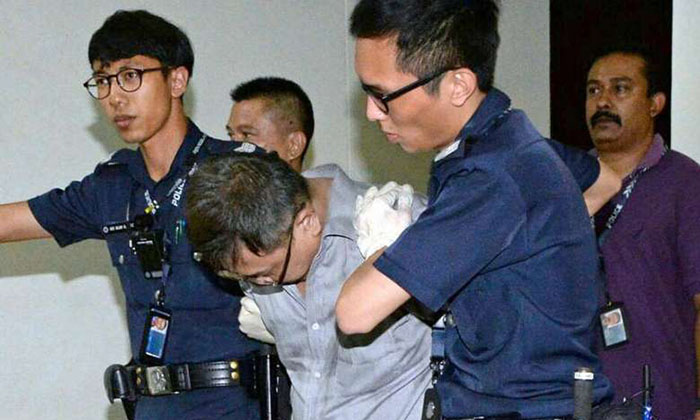 A 41-year-old man was charged in court on Monday (Jan 30) with the murder of his wife.

Singaporean Teo Ghim Heng, also known as Zhang Jinxing, allegedly killed his wife Madam Choong Pei Shan, 39, in their flat on the sixth storey of Block 619, Woodlands Drive 52 between 8am and 11am on Jan 20.

Madam Choong, also known as Madam Zhong Peishan, was his second wife and they got married on Dec 7, 2009, reports The Straits Times.

The woman and her four-year-old daughter were found dead in the bedroom of their flat on the first day of Chinese New Year (Jan 28).

Police received a call at 6.35pm requesting for assistance at a sixth floor unit at Woodlands Drive 52, Block 619, and found the bodies.

The mother, believed to be Madam Choong Pei Shan, and child were pronounced dead around 7pm by paramedics on the scene.

The SCDF sent one fire engine, one red rhino, one ambulance and a support vehicle to the scene when they received a call for assistance at 6.30pm.