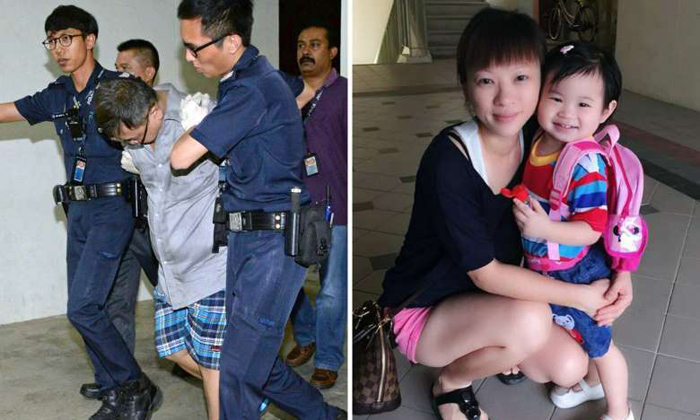 The woman who was found dead with her daughter on the first day of Chinese New Year last Saturday, was allegedly killed more than a week earlier.

Her body and that of their daughter, Teo Zi Ning, four, were found in a bedroom of their flat.

Teo, a Singaporean property agent, is accused of killing the housewife, also known as Madam Zhong Peishan, in their sixth-storey flat at Block 619, Woodlands Drive 52 between 8am and 11am that day.

It was his second marriage and she was six months pregnant with a boy when her body was found. The couple tied the knot on Dec 7, 2009.

The case involving their daughter is still under investigation.

The bodies will be cremated tomorrow. When The Straits Times visited their funeral wake at the void deck of their block yesterday afternoon, mourners were paying their respects to Madam Choong, Zi Ning and the unborn child.

The housewife's older brother, Mr Gordon Choong, who is in his 40s, said he was shocked and sad that his sister, niece and unborn nephew met such tragic ends.

Teo, who is now warded at the Singapore General Hospital, appeared via videolink before District Judge Mathew Joseph. After his discharge, he will be remanded at Central Police Division. His case will be mentioned again on Feb 6.