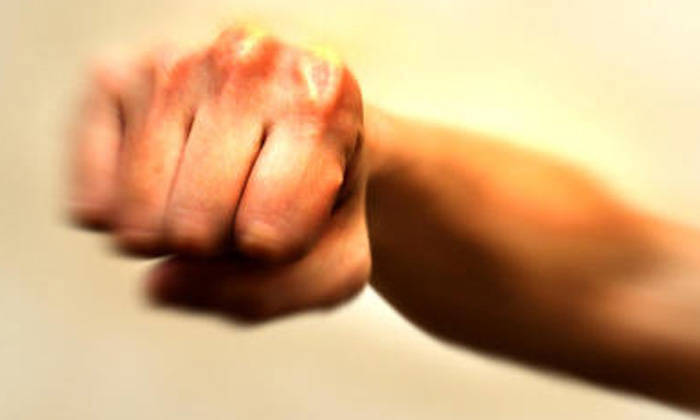 Unhappy that fingerprints were found on her kitchen windows, a housewife forced her domestic worker to hit her own teeth with a meat pounder about 50 times as she wanted the maid to lose her teeth.

Ms Yuni Dwi Lestari, 25, did as she was told on Feb 4 last year and could later feel that three teeth in her lower jaw had come loose.

But Singaporean Mun Sau Yeng was still not happy. So she took the mallet-like pounder and struck the maid's teeth once, chipping a tooth.

This was just one of several acts of abuse that Mun, 40, subjected the maid to between June 2018 and February last year.

Just three days after the incident involving the meat pounder, Mun punched Ms Yuni's mouth about 10 times. As a result, the maid's teeth came loose and she started bleeding from her lips.

On Feb 15 last year, the Indonesian called the Centre for Domestic Employees (CDE), which was set up in 2016 by the National Trades Union Congress to help distressed workers.

A CDE representative alerted the police.

On Wednesday (March 18), Mun pleaded guilty in a district court to three counts of maid abuse. Four other similar charges involving Ms Yuni will be considered during sentencing.

About seven months later, Mun flew into a rage after she found out that Ms Yuni had eaten a can of sardines for lunch.

The court heard that she had earlier planned for the maid to eat the sardines for dinner.

Mun then punched Ms Yuni on both cheeks several times before asking the maid to punch her own face 50 times. Ms Yuni did as she was told and was made to count the punches.

As a result, she suffered bruises and swelling to both cheeks.

The DPP said: "The accused was of the view that the victim would remember the pain better if the victim punched herself.

"The accused did not take the victim to see a doctor as she was aware that what she did was wrong. In addition, she instructed the victim to tilt her head down for the rest of the day as she wanted to prevent her husband from seeing the victim's injuries."

On Feb 4 last year, Mun became angry after she spotted fingerprints on some kitchen windows. This led to the incident involving the meat pounder, the court heard.

Ms Yuni was at home on Feb 7 last year when Mun told her over the phone that the younger woman would "know what will happen" if dust was spotted in the flat.

Mun returned home later that day and found dust in some parts of the unit. She then punched Ms Yuni's mouth about 10 times.

The court heard that she did not take the maid to the doctor after the two incidents in February last year.

Unable to tolerate any more abuse, Ms Yuni finally told the CDE about her ordeal later that month.

On Wednesday, DPP Muhamad urged District Judge Kan Shuk Weng to sentence Mun to at least 15 months' jail, stressing that she had committed the offences in a "calculated and deliberate manner".

Defence lawyer Kalidass Murugaiyan pleaded for the judge to call for a report to assess his client's suitability for a probation.

He told the court that a report from the Institute of Mental Health states that Mun has depression and obsessive-compulsive disorder. The lawyer also said that Mun was "preoccupied with cleanliness" and has a history of eating disorders.

For hitting the maid with a meat pounder, she can be jailed for up to 10½ years and fined.

For each charge involving the other acts of abuse, she can be jailed for up to three years and fined up to $7,500.

Related Stories
Woman jailed 11 years after abuse left maid with deformed nose, scars
Cabby and GF assaulted maid in Yishun flat over trivial matters, even choking and biting her
Couple forced maid to do chores only in bra and short pants, caned her, made her eat own vomit
Condo resident abused maid and broke her nose, monitored her through CCTV cameras
Couple who hit maid, forced her to pour hot water on herself and starved her gets convicted
More About:
maid abuse
maid
abuse
court