Condo resident abused maid and broke her nose, monitored her through CCTV cameras 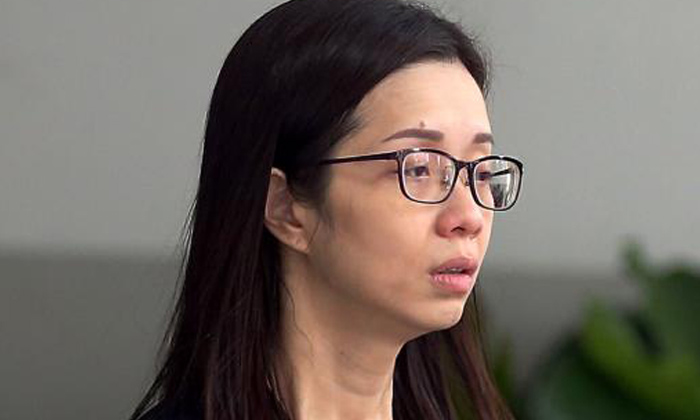 A woman abused her Indonesian domestic helper just two months after she started working for the household, causing injuries including a broken nose.

She also struck the maid's face multiple times until her left eye became so swollen that she was unable to see out of it for about 30 minutes.

Chan, 41, pleaded guilty in court on Wednesday (Feb 27) to three assault charges, including one count of causing grievous hurt.

Ms Rasi, 27, who goes by only one name, started working in Chan's apartment at the Water Place condominium in Tanjong Rhu Road in February 2016.

The court heard that Chan gave the maid a strict schedule of tasks to follow and would monitor her through multiple closed-circuit television cameras installed throughout the apartment.

Ms Rasi did not have a mobile phone and was not allowed to speak to the neighbours.

The maid, who had to wake up at around 6am every day, did not have enough rest and often nodded off while performing her chores.

This angered Chan, who started physically abusing her in April that year.

In one instance, the Singaporean became upset when Ms Rasi did not complete her morning chores, and she punched her in the eye.

Deputy Public Prosecutor Kelly Ho said Chan also hit the back of the maid's head with a plastic bowl causing it to bleed. She rinsed off the blood using a shower head.

On another occasion, Chan punched Ms Rasi's nose several times after she became angry with her for waking up late.

She continued hitting the maid even though the younger woman complained that she could not breathe through her nose.

The maid was later found to have suffered a nasal bone fracture.

When Ms Rasi said she wanted to stop working for the household, Chan told her that if the Indonesian ran away, she would alert the police and the younger woman would then be jailed for 20 years.

DPP Ho said: "The accused also punched the victim's eyes multiple times until the victim's left eye was so swollen that she was unable to see using her left eye for about 30 minutes."

Ms Rasi confided in another maid on June 19, 2016, who advised her to take a taxi to the Indonesian Embassy to seek help.

She did so the next day and was later taken to Tan Tock Seng Hospital where she was warded until June 22 that year.

The court heard that Chan has mental issues but details were not revealed in court on Wednesday.

Her pre-trial conference will be held on March 11 to arrange a date for another court hearing to assess matters, including whether her mental issues had affected her self-control.

For causing grievous hurt to the maid, Chan can be jailed for up to 15 years and fined.

Related Stories
Couple who hit maid, forced her to pour hot water on herself and starved her gets convicted
Property agent repeatedly abused maid by punching her head, kicking her buttocks and more
Employer about to be sentenced for maid abuse rushed to hospital after feeling giddy during hearing
More About:
maid
maid abuse
abuse
court