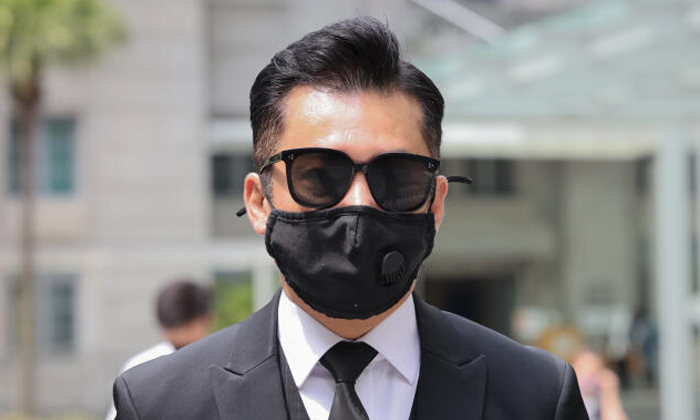 A guest at the party - Lance Lim Chee Keong - has also indicated his intention to plead guilty, one of his lawyers Mr Cory Wong said.

Cao and Lim each face a charge under the Covid-19 (Temporary Measures) Act for breaching phase two regulations that restricted social gatherings to no more than five people.

Court documents state that Cao, 53, lives in a condominium apartment in Daisy Road off Braddell Road, where the party was held.

He is said to have allowed 12 guests - including Lim, Mr Xu and fellow actor Shane Pow, 30 - into the unit between 9pm on Oct 2 last year and 1am the following day.

Lim, 50, is accused of leaving his home to meet the other party-goers "without reasonable excuse".

Eleven of those who gathered have already been fined $300, in lieu of being prosecuted due to their lower level of culpability.

Cao, who is represented by defence lawyer S.S. Dhillon from Dhillon & Panoo law firm, is expected to return to court on May 25.

Lim is represented by Mr Wong, Mr Josephus Tan and Mr Marshall Lim, who are from Invictus Law Corporation. His case will be heard again on May 18.