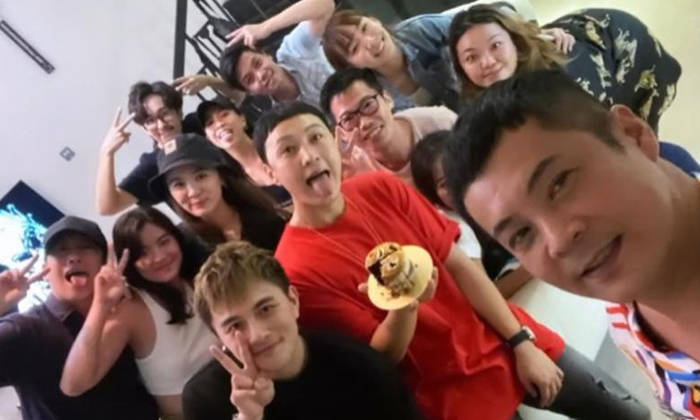 A 53-year-old man and one of his guests, believed to have been involved in Mediacorp artiste Jeffrey Xu's birthday party, are to be charged in court with breaking safe distancing rules.

The party in Daisy Road on Oct 2 was attended by 13 people, including actors Mr Xu, Terence Cao and Shane Pow, who breached phase two regulations that restricted group gatherings to five people or fewer.

The Building and Construction Authority (BCA) announced the charges on Monday (Feb 1) without naming names.

The 53-year-old is the owner of the condo unit, the BCA said. The other person charged, a 50-year-old man, is said to have invited three visitors despite knowing this would breach the maximum number of five allowed at the gathering.

The other 11 guests have been fined $300 in lieu of being prosecuted, due to their lower "level of culpability".

The condo's management corporation has also been issued with an advisory to remind it to keep to the rules.

Deejay Sonia Chew, who was later also identified as being at the party, was dropped from hosting Mediacorp's annual countdown show due to the incident.

She later said she was invited to have drinks in what she understood to be a small group of people and was not aware it was a birthday celebration.

Mediacorp has said it takes safe distancing and Covid-19 regulations seriously and reminded its artistes to follow the rules in both their professional and personal capacities.

In response to Monday's news, it added: "We have cooperated fully with the authorities on their investigations. We do not condone the actions of the four artistes and the company has conducted an internal review and disciplinary actions will be taken."

A string of offenders have been charged with breaking safe distancing rules in the past year as the authorities seek to deter and punish those who ignore the dangers of the coronavirus.

In December, 53 people were charged in court. The largest gathering was a group of 26 accused of gambling inside a unit in Geylang Road, who were caught red-handed during an operation by the police on Dec 1.

Singapore saw a slight increase in community cases earlier this year. All 29 cases on Monday were imported.