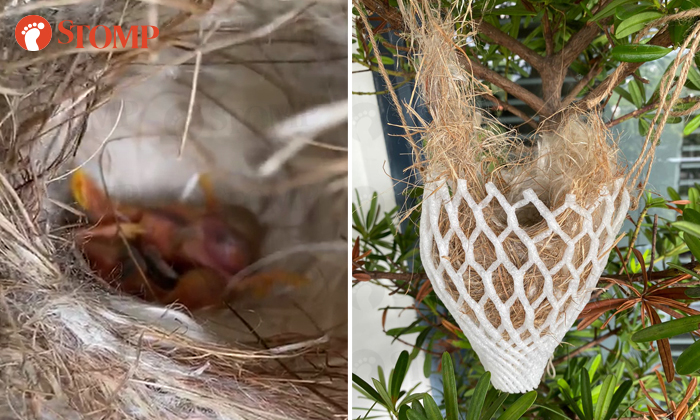 A sunbird that built a nest and laid eggs on a condominium balcony has welcomed two hatchlings, much to Stomper Mike's delight.

In an earlier article, Mike shared how the sunbird had laid two eggs on his balcony at D'Leedon condominium some time between March 29 and 31.

Expressing his excitement, Mike promised to break the good news once the eggs hatched.

The sunbird welcomed two hatchlings on Friday (April 16) and true to his word, Mike shared videos of the babies. He also managed to snap pictures of the shy mother bird. 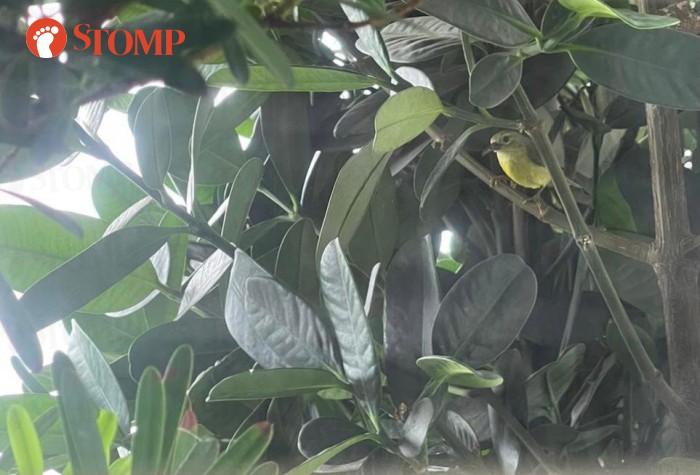 He said: "The hatchlings are doing well. You can see their beaks and legs. Their mother guards the nest.

"Because of strong winds from Saturday's thunderstorm, one side of the nest fell off the branch. Hence, I tied a string and creatively reinforced the bird nest from a guava fruit polyfoam wrapper.

"I was a bit worried that the sunbird would not like or be able to recognise her white latticed nest, but she returned shortly and entered it." 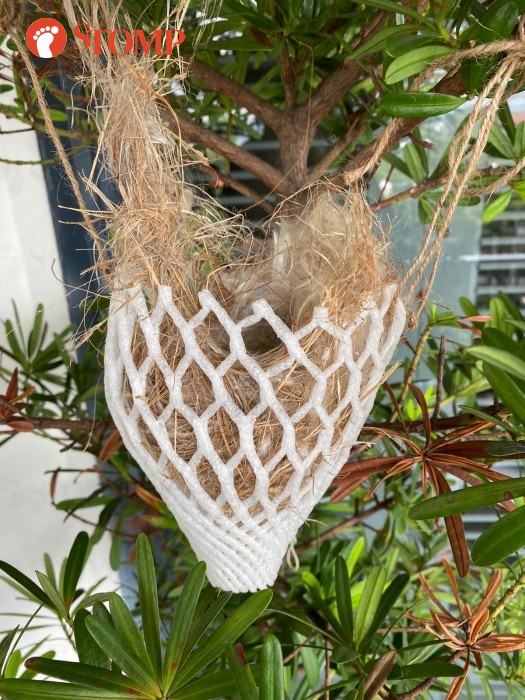 Asked if he felt like a proud parent, Mike told Stomp: "I feel accomplished as I’ve contributed back to nature what I took from it.

"I am also going to follow Stomp's report on the Penang scops owl and go buy 4D."