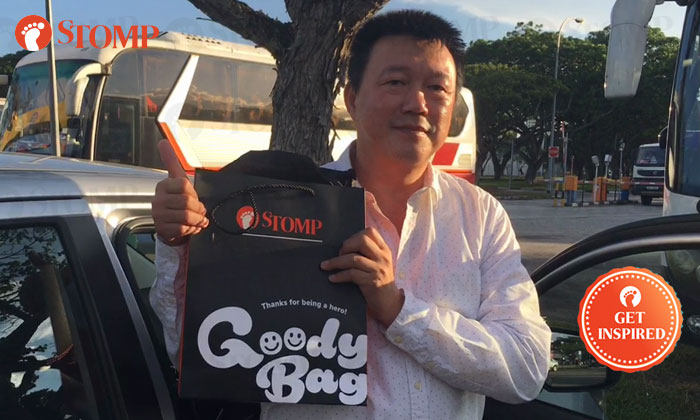 When Uber driver Chong Sir Foo found out that he had been Stomped for going the extra mile to return a passenger his wallet, he was surprised.

"I just returned him his wallet, I didn't expect any of this," he humbly told Stomp.

Stomper Adrian had alerted Stomp to Mr Chong's good deed and expressed his gratitude for his honesty and great service.

Stomp took a ride with the 53-year-old at Kallang to talk more about his good deed.

It turns out that people leave their valuables in his car constantly.

In fact, he returned another wallet to another passenger on the same day Adrian lost his.

"I had given a ride to four men who were so thankful when I returned one of them their wallet that they invited me to have drinks with them," said Mr Chong.

"But I was too tired so I refused."

Having passengers who appreciate his service and make his job enjoyable has made the past nine months as an Uber driver a pleasant one for Mr Chong.

"Some of the passengers talk to me very nicely during the ride and thank me for sending them to their destination," he said.

"One time, a mother wrote to Uber to thank me for sending her son home safely.

"These incidents make me feel very contented as a professional driver."

To Mr Chong, going out of his way to return lost items is not a big deal as he understands how important these things can be to people.

"If I passed it back to Uber headquarters, it might take one or two days for it to be returned to the owner.

"When a person loses their identification card, maybe he's in a hurry and needs the document very urgently.

"My daughter has lost her wallet before so I know how they feel."

Stomp presented Mr Chong with a Stomp Goody Bag as part of our efforts to recognise everyday heroes and highlight heartwarming deeds.