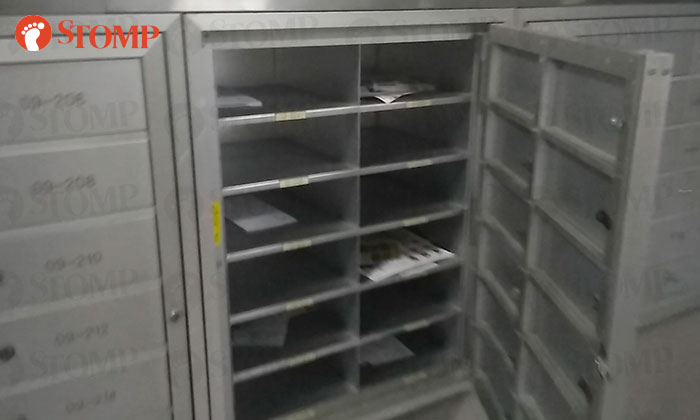 A letterbox panel which was left unlocked at Block 67 Marine Drive on Thursday morning (July 19) could have been caused by a mechanical failure of the panel lock, said SingPost in response to a Stomp query.

Stomper Teo had alerted Stomp to the incident on July 19 after coming across the unattended letterboxes. Teo, a resident of the estate, told Stomp that he was on his way home when he came across the letterboxes at about 12.30am.

At the end of his wits, Teo took a video and sent it to Stomp.

In the video, a letterbox panel is seen opened, with 12 letterboxes being exposed.

In response to a Stomp query, a SingPost spokesman said:

“The incident may have been caused by a mechanical failure of the lock of the letterbox panel. The panel was closed when our postman made his deliveries on Thursday and we have since repaired the locking mechanism.

“We thank Mr Teo for his feedback and would like to take the opportunity to highlight to the public that postal matters such as this may be raised through our hotline 1605.”